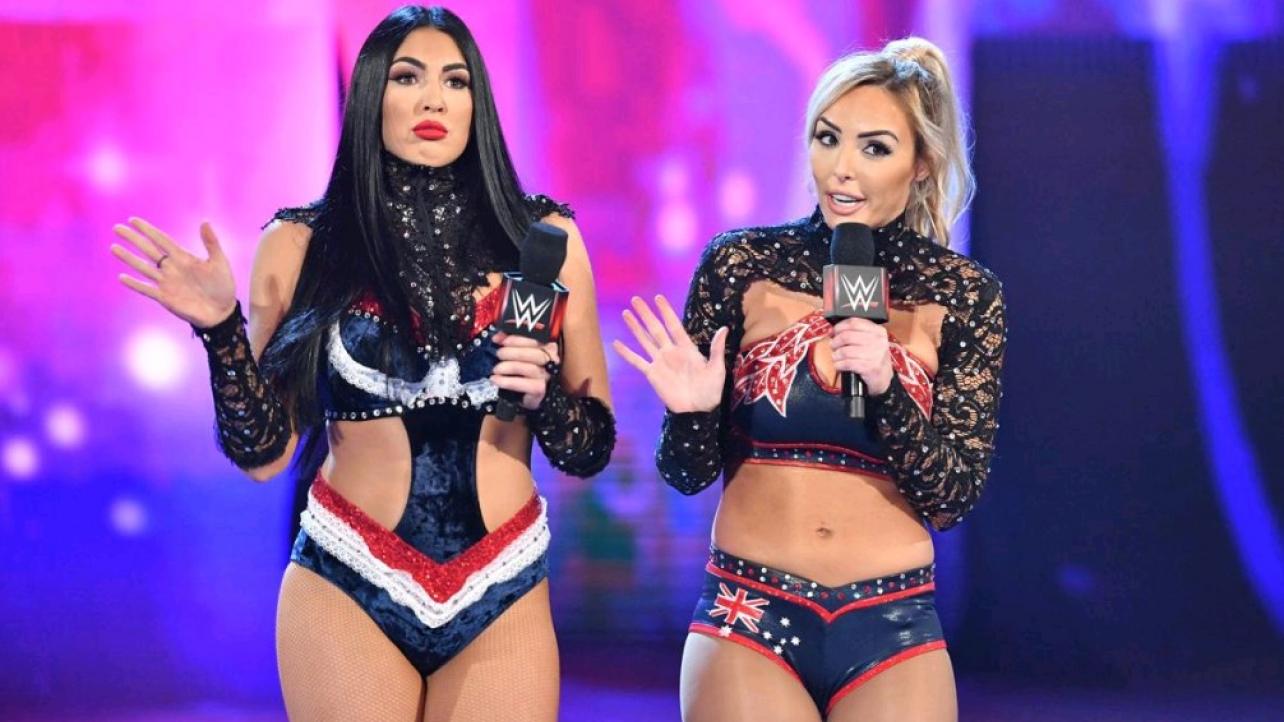 Former WWE Women’s Tag Team Champions Peyton Royce (Cassie Lee) and Billie Kay (Jessica McKay) recently appeared as the guests on Busted Open Radio, where they reflected on their time as The IIconics. The Australian duo also recalled receiving their release from WWE, and explained why they had a hard time staying on the same page as the creative team. Check out the highlights.

Billie Kay on being released from WWE:

“I wish I knew, to be honest. When I say it was a total shock, I had no idea… When I got the phone call, I thought it was in regards to something else. When I heard those words, ‘we’re going to release you,’ my heart dropped. I was shocked and heartbroken. I didn’t have answers and I don’t think I’m going to get answers. At the moment, I’m trying to have peace with that.”

Peyton Royce on why the release came as a “shock” to her:

“It was a shock. Obviously, they do the budget cuts once a year but they hadn’t done it in a while and I thought last year was purely because of the pandemic. I didn’t see it coming and maybe I should have because I was doing nothing since they split us. I was laying in the middle of a massage, my husband told me to check my phone, I checked it and was like, ‘Yup, I’m done.’ Jumped off the bed and I realized what was going down. Complete shock and I feel like I’m still going through waves where one day I’ll feel free and excited for the opportunities and other days I wonder like, ‘I just don’t understand.’ I don’t think there’s much of a reason other than cuts had to be made.”

“I feel like creative never understood us. When we first came in, Vince really loved our first promo and was like, ‘Give them a microphone every week.’ Thank the lord because not many people get that opportunity and it’s such a good way for the audience to get to know you and understand who you are. I know Vince enjoyed it but I don’t think creative understood it and they wanted to send us in a direction that was fine, but I’m not sure they understood what we see for ourselves. When they split us, it was like, ‘we understand us less.’”

Billie Kay talks IIconic’s splitting up as a team:

“When they split us, I think they thought they knew what they were doing, but I don’t think they understood it. We are different, individually. After they split us, we were struggling and I had no idea who I was. I had this image like I had to be like ‘come at me’ and be sexy or (do like) moonsaults and that’s just not me. It wasn’t until I got drafted to SmackDown, which really helped me because I would talk to TJ a lot and be like, ‘This is what I want to do and who I am and what I think is relatable.’ He was like, ‘Go for it.’ I was able to show for a while who I was and I thought it was getting received well. I was having a blast at TV and having fun and doing what I wanted to do and feeling fulfilled.”

Peyton Royce on her promo during a past episode of Raw Talk:

“The match I had with Asuka was strange because I felt happy and fulfilled, but I had a strange feeling overcome me that it was going to be my last wrestling match. Then I found out after that I only got that match because someone had COVID. It wasn’t like my Raw Talk promo got me the opportunity. Every time I spoke to creative, I couldn’t get past them. I couldn’t get ideas pitched and I was struggling. I had a strange feeling that was my last match.”

“With the headshot and resume, it was my first promo that I ever did on SmackDown and I thought it was cool as they reintroduced me as a singles competitor and once we did it, I was like, ‘I want to keep doing this.’ I felt like it was something I could do because I love to interact with everyone. I said to the writers, ‘I’m going to do this every week. If you have a 30-second segment to fill, any spot you need to fill time, let me give [the resume] to someone and see what happens.’ Thankfully, I got that opportunity. I was feeling good and WrestleMania comes around and I’m in the tag team gauntlet. I was super excited to work with her and before we went out, I wanted to have fun with my entrance. I was told that Carmella and I were doing stuff after.”