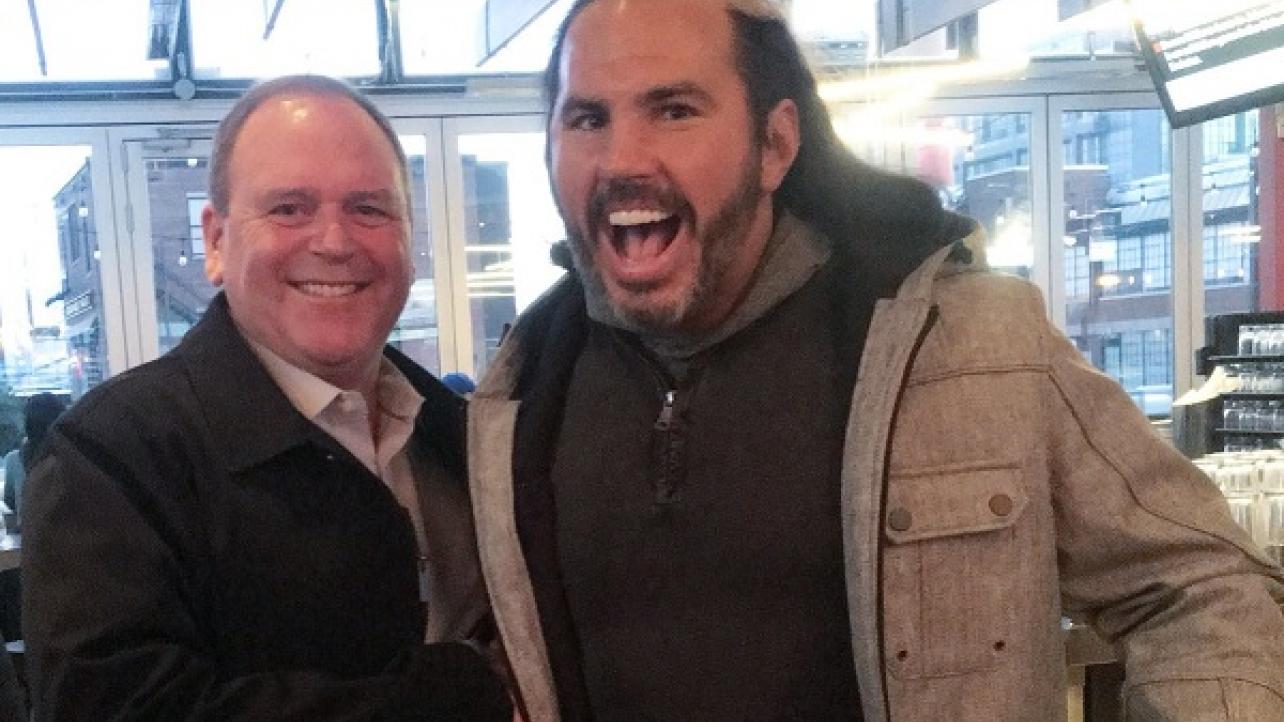 It looks like Matt Hardy and Ed Nordholm have buried the hatchet.

“Woken” Matt Hardy and the Impact Wrestling executive met up and posed for a photo at an airport, with the former releasing the picture on his official Twitter page this week.

Hardy posted the following photo of the two together after ending their legal battle over the use and rights to the “Broken Universe” gimmick when he left Impact Wrestling to return to WWE, calling Nordholm “The Owl of Anthem” and claiming the two are “majestic beings who stand on the side of the light.”

I am thrilled to PROCLAIM that we have ACQUIRED new ALLIES on our side of #TheGreatWar. Ed Nordholm & The Owl of Anthem have revealed themselves as MAJESTIC beings who stand on the side of the LIGHT.

Everything is COPASETIC & WONDERFUL! pic.twitter.com/bL6fN4cjnE