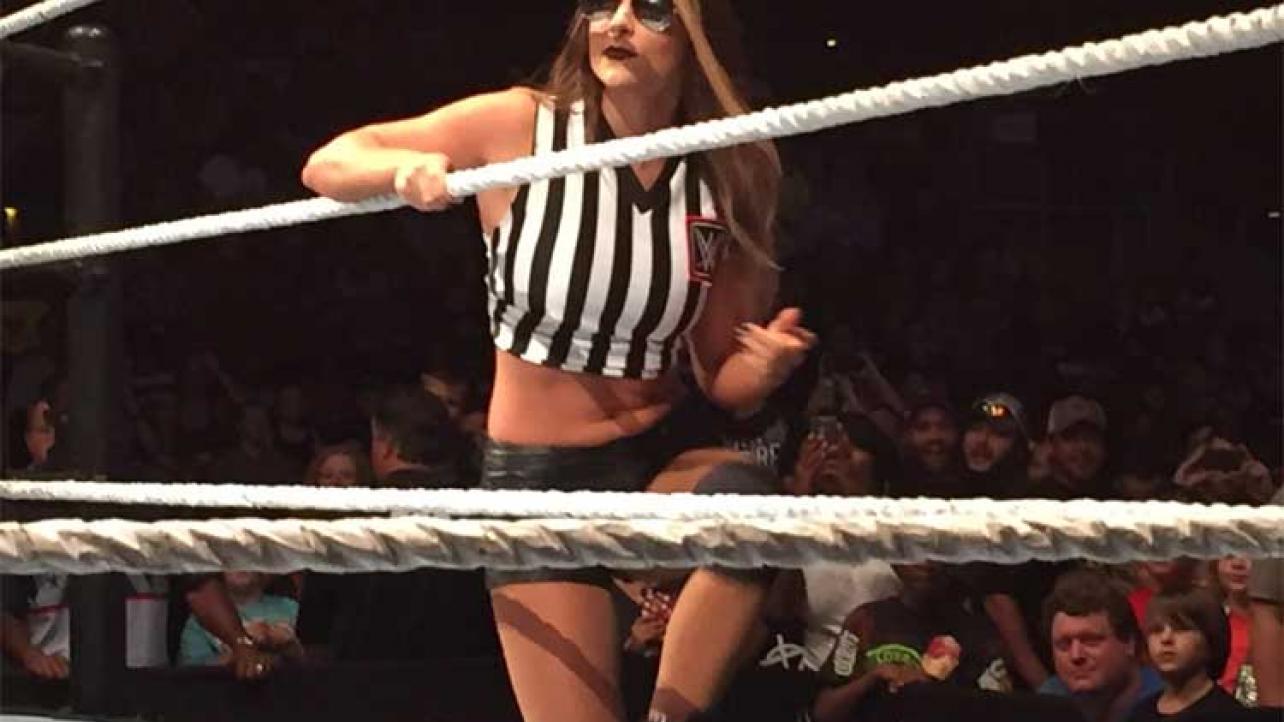 Following an operation to repair a ruptured disk in her back, WWE Superstar Emma made her return as a special guest referee in the six-woman tag-team match at the WWE live event in Louisville, Kentucky on Friday evening.

After having surgery back in May, it’s still unclear whether or not Emma has been medically cleared by WWE to return to action inside the squared circle. Regardless, it appears that when she is cleared to wrestle, she will be doing so full-time on the RAW brand.

Below are some photos of Emma’s return at the WWE Louisville event this weekend.