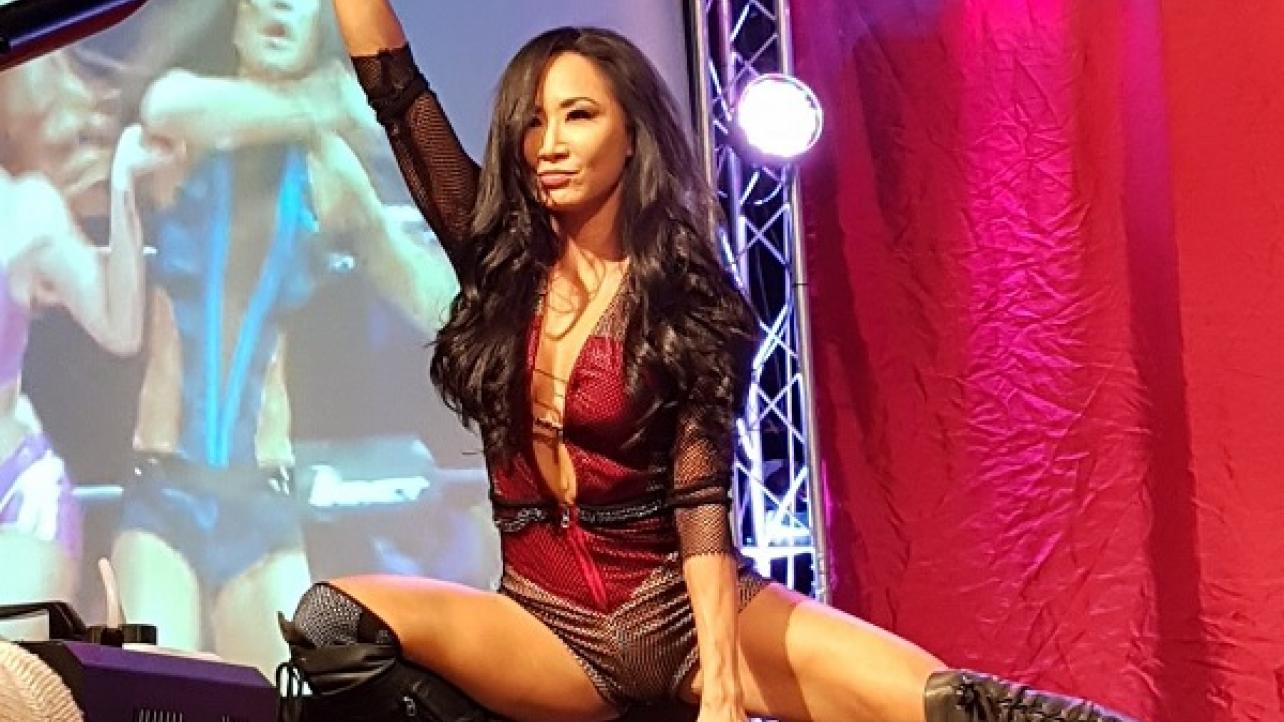 Photos: Gail Kim Comments On Her Retirement Match In England

Kim defeated Kasey Owens via inside cradle in the main event of the show, which featured a big send-off for the women’s pro wrestling legend.

Featured below are several photos of Gail Kim’s retirement match from last night, as well as Twitter and Instagram comments from Kim about the experience.

@gailkimITSME wishing you a happy and healthy retirement following a fantastic career. It’s been a pleasure watching you perform. @SouthsideWE pic.twitter.com/CPddlA3nfq

An absolute honour to witness @gailkimITSME‘s final ever match. What a woman, what a career! Thank you for everything you done for Women’s Wrestling #ThankYouGail #RawDeal7 pic.twitter.com/qqJc7AUD06

I wanna thank @KaseyOwens5 , @SouthsideWE & the Amazing UK fans SO MUCH for my final match in the UK. It truly was everything I ever could hope for and I couldn’t be happier. Was TRULY my dream come true. I actually cried 3 times which is a miracle. THANK YOU!

Last note of the night. My dream was to retire in the UK and thanks to @swe_southsidewe for allowing me the privilege to do it for you. Always professional, respectful, caring and thoughtful. Tonight was the icing on the cake for my career and I’ll always be eternally grateful that I could walk away from the ring on such a spectacular note. Tonight was emotional and special and it was all thanks to them and the most loyal fans I’ve ever had. Nothing can beat tonight so I THANK YOU!!

Photos: Gail Kim Comments On Her Retirement Match In England