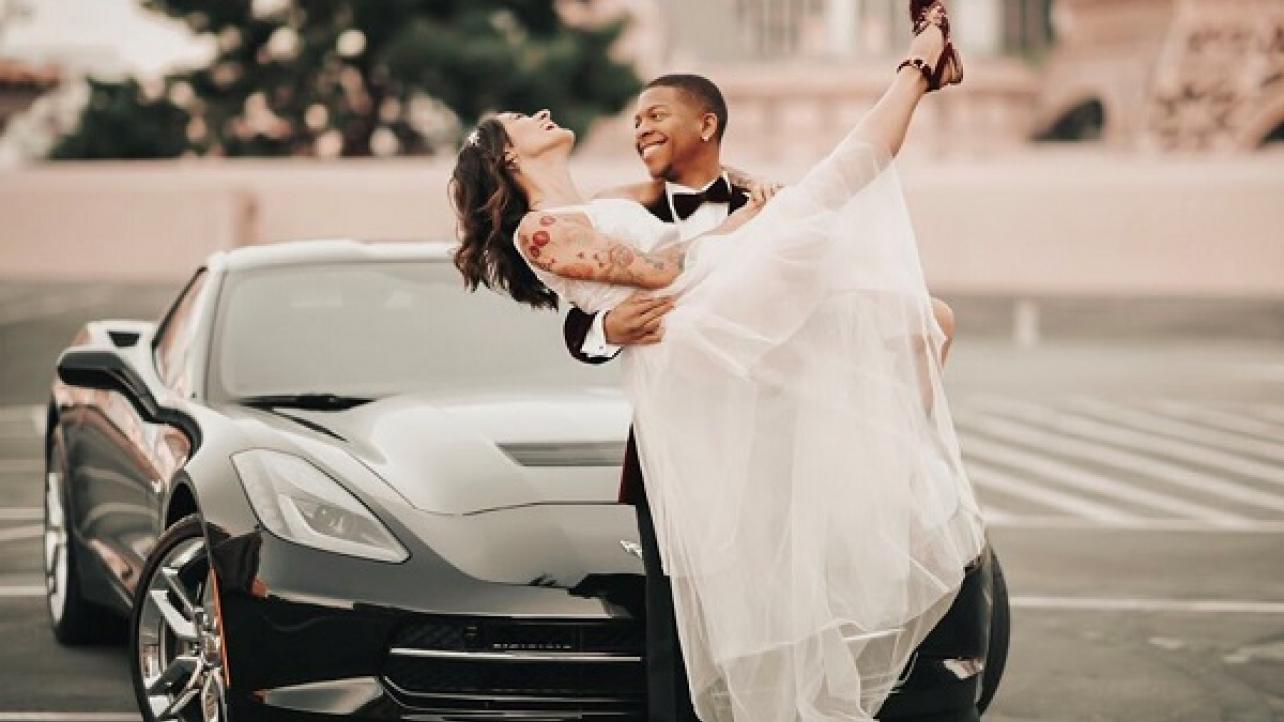 As noted, Raymond Rowe of the War Machine tag-team in NXT and Sarah Logan of the Riott Squad on the main WWE roster are set to tie the knot.

In addition to Rowe-Logan, more love is in the air this holiday season in the pro wrestling world.

Check out comments from Lio Rush and Jordynne Grace below. For photos of Lio Rush’s wedding and photos of Grace and Gresham showing off their engagement rings below.

I just married the love of my life and my best friend Sarah Lai Wah Green pic.twitter.com/8ra9VjiLNm