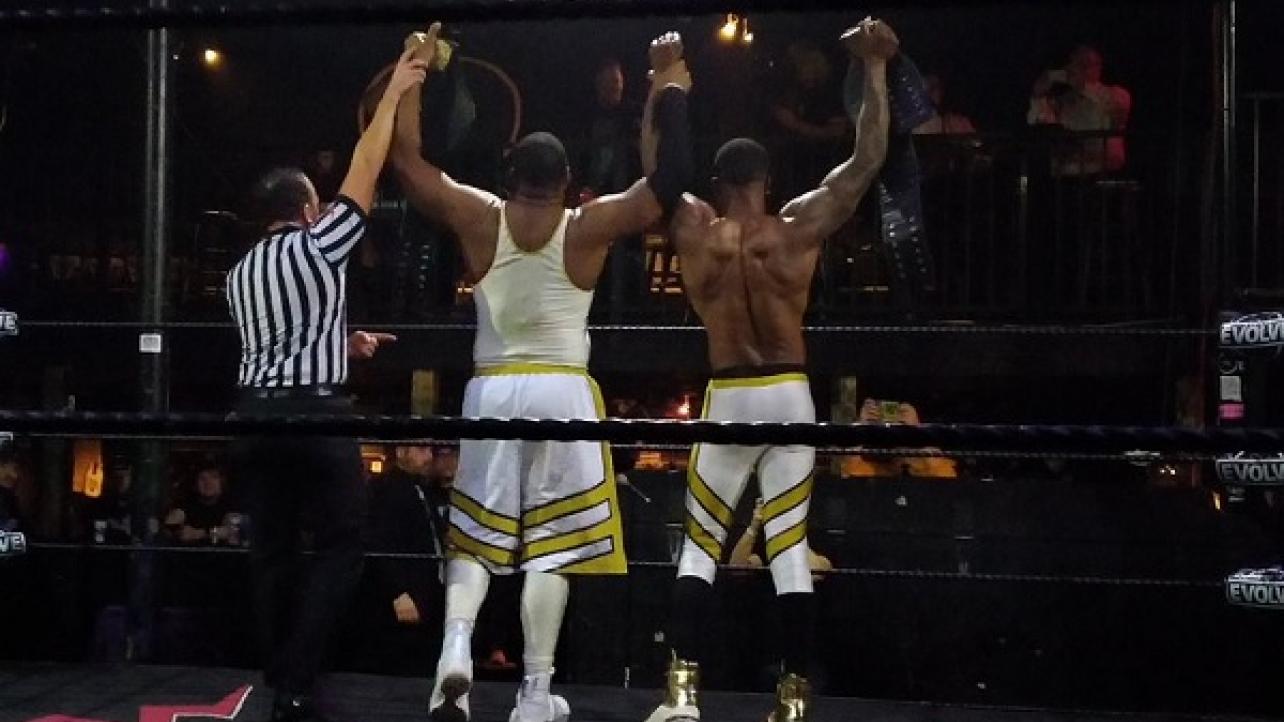 Additionally, EVOLVE announced that The Street Profits (Angelo Dawkins & Montez Ford) will be working all of their upcoming events in 2018.

Check out a photo of The Street Profits capturing the EVOLVE Tag-Team Championships at EVOLVE 114 above.

Don’t miss the new tag team champions #StreetProfits, @AngeloDawkins & @MontezFordWWE from @WWENXT as they’ll appear at ALL upcoming 2018 EVOLVE shows including Detroit on Nov 9, Chicago on Nov 10, and New York on Dec 15/16 with the titles!!! #EVOLVE114 #ClubWWN