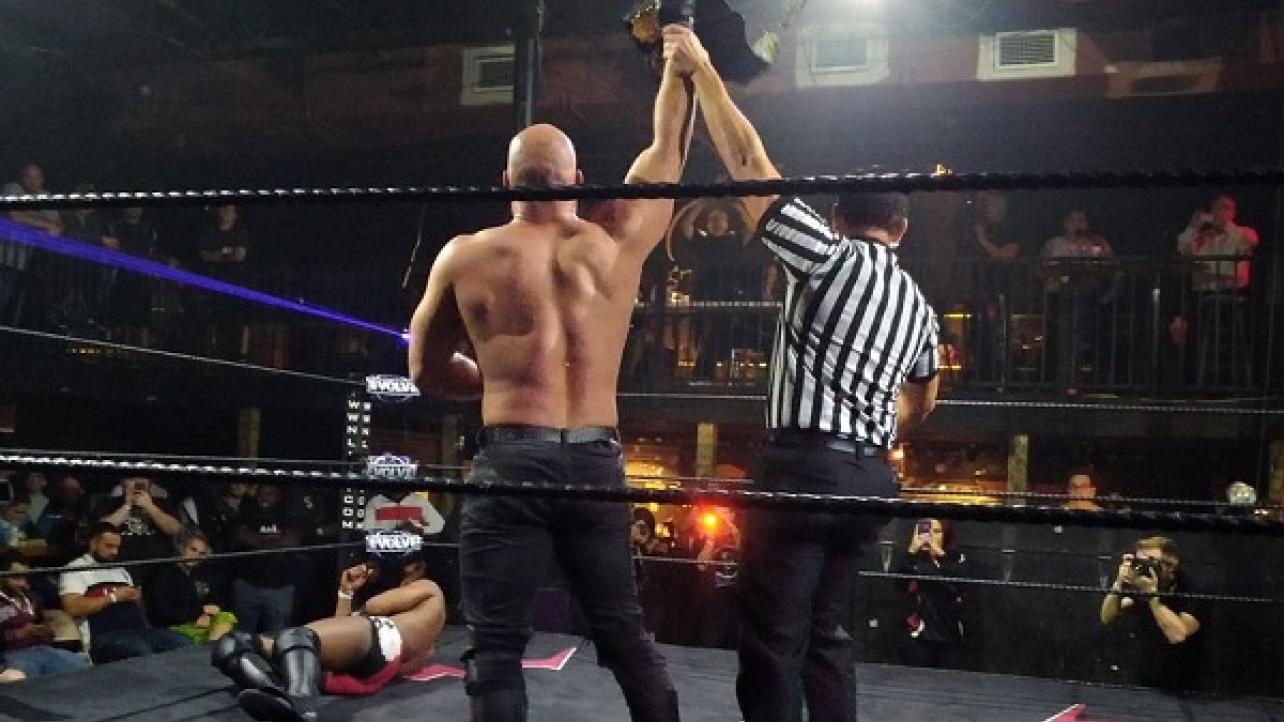 In addition to The Street Profits winning the EVOLVE Tag-Team Championships (photos here) at EVOLVE 114 on Sunday night, the EVOLVE World Championship was captured by a current NXT Superstar.

Aichner appeared earlier in the evening during EVOLVE 114 and challenged Strickland to a title match. The match was made and when all was said and done, Aichner used a powerbomb to score the pin fall victory to claim the EVOLVE World Championship.

Much like The Street Profits, EVOLVE announced that Aichner will be appearing at all of their upcoming events on the 2018 calendar.

Check out a photo of Fabian Aichner winning the EVOLVE World Championship on Sunday night above.

Confirmed that new EVOLVE champion @FabianAichner will be at ALL 2018 events for EVOLVE including Detroit on Nov 9, Chicago on Nov 10, and New York on Dec 15/16! #EVOLVE114 #ClubWWN