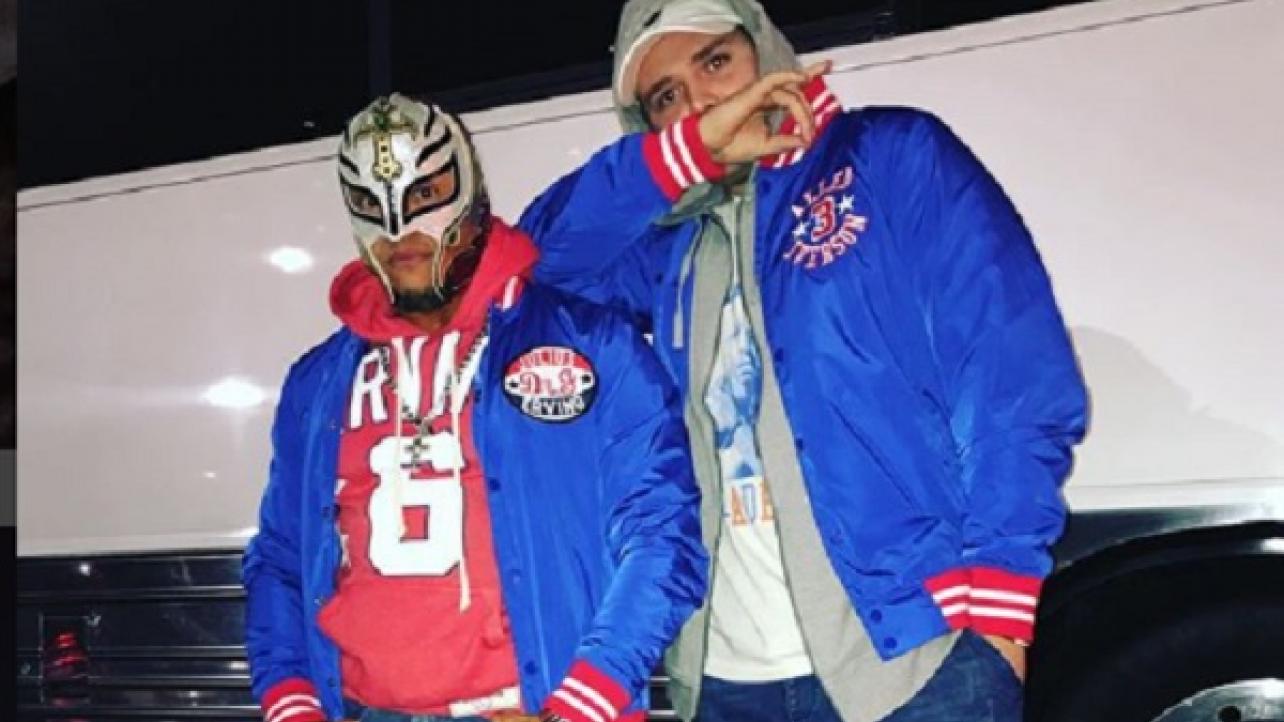 It looks like Rey Mysterio’s son will soon be entering the world of professional wrestling on a true level.

Dominik Gutierrez appeared on WWE television back when he was a young kid, being used for WWE storylines between Mysterio and late WWE Hall Of Famer Eddie Guerrero several years ago (see video below).

Check out photos of Rey Mysterio with his son, Dominik Gutierrez, and a very well-known former WWE Superstar (it’s probably who you’re thinking it is!) at his training academy for a three-month camp below.

A post shared by Storm Wrestling Academy (@stormwrestlingacademy) on Sep 20, 2018 at 7:13am PDT

* PHOTOS: Renee Young Shows Off New Tattoos On 2 Spots On Her Body

* PHOTO: Brandi Rhodes Shows Special Moment She Shared With Cody AFTER All In