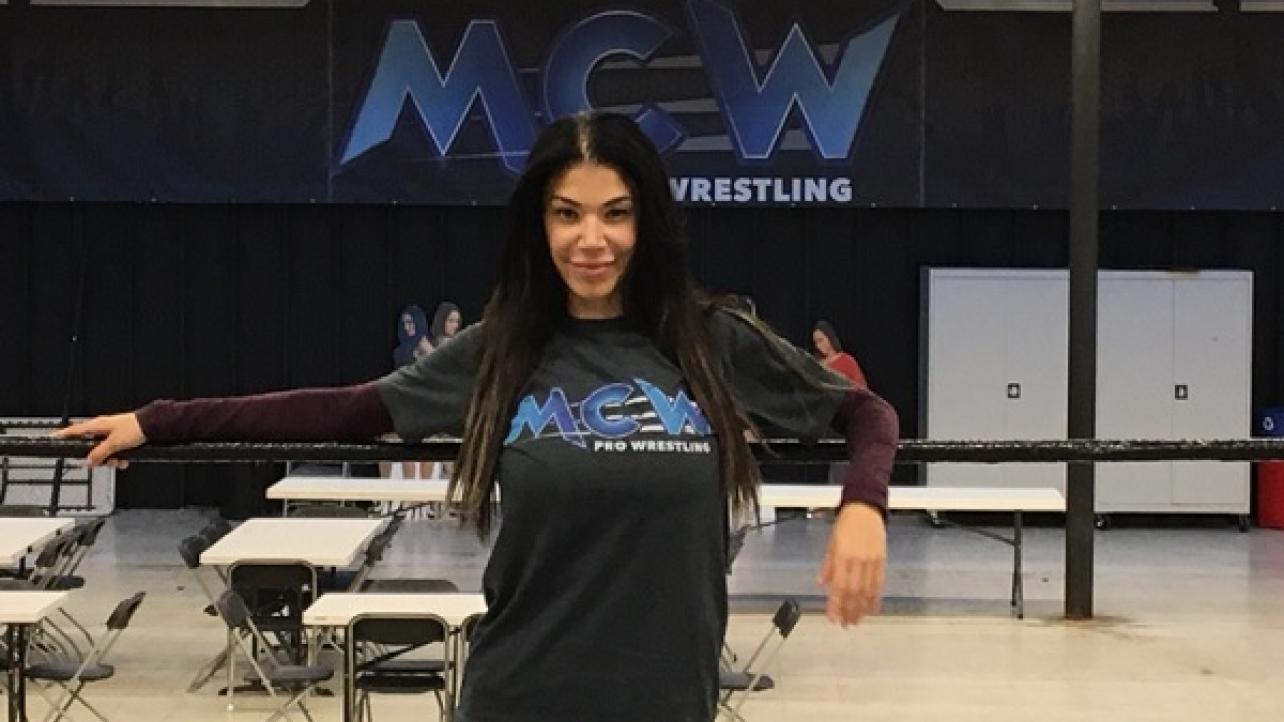 Photos: Rosa Mendes Returns To The Ring This Week

As noted, former WWE Superstar and Total Divas cast member Rosa Mendes (Milena Roucka) told the folks at Sportskeeda that she was planning to make a return to the ring.

As advertised, she got back in the ring this week for some training sessions at the MCW Pro Wrestling Training Center in Joppa, Maryland.

The official MCW Twitter page posted the following photo of Rosa Mendes as their MCW Pro Wrestling Training Center, noting she is on the “comeback trail.”

She also posted the following tweets after her first training session this week:

Fell asleep early, and now I’m up thinking about how I can’t wait to get back in the ring tomorrow, being in that ring is the best feeling in the world, although I’m so sore. It’s so worth it

So excited!! Just getting that rust off first. It’s been a year. @MCWWrestling is the best. It’s worth the long drive.

Photos: Rosa Mendes Returns To The Ring This Week