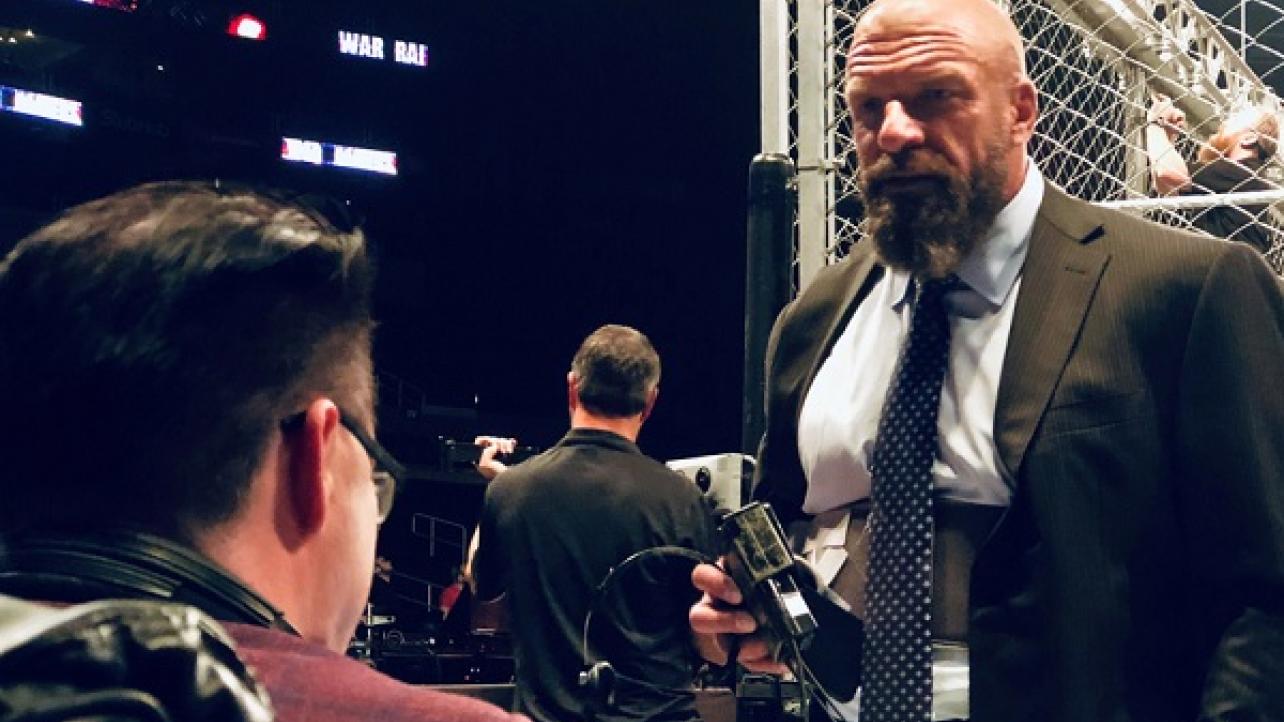 Check out photos of Triple H preparing with the aforementioned WWE executives below. To follow our live play-by-play results coverage of the show, click here.