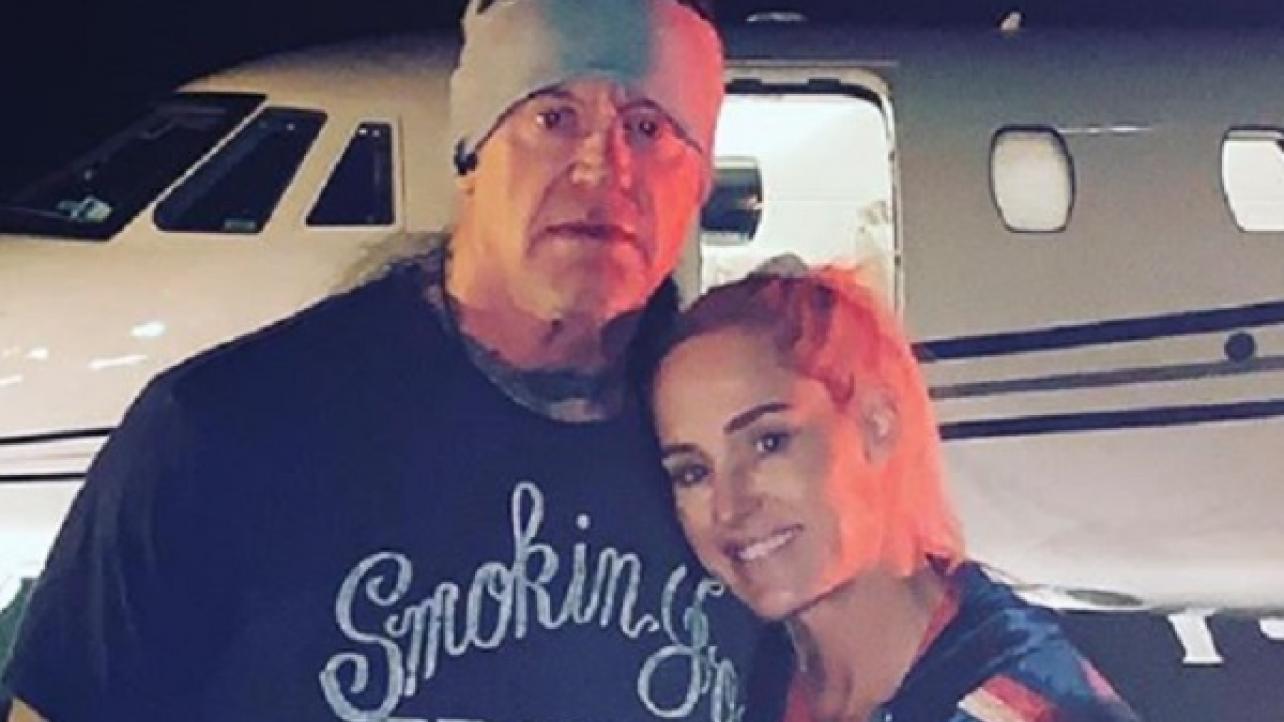 Photos: The Undertaker “Meeting With Somebody Important Today” (2/14)

It looks like The Undertaker has something big going on.

The Dead Man took to social media on Thursday morning to post a pretty cryptic message.

On his official Instagram page, the pro wrestling legend posted a photo of himself and his wife, former WWE Superstar Michelle McCool, standing in front of a private jet.

The caption for the photo is what has people talking.

“Landed late last night,” wrote The Phenom. “Must be meeting with somebody important today!”

The post concluded with a hashtag that read, “#OnTheRoadAgain.”

Could The Undertaker be gearing up for a return? Check out the two photos The Dead Man posted of himself and his wife getting on their private jet on Thursday below.

Photos: The Undertaker “Meeting With Somebody Important Today” (2/14)