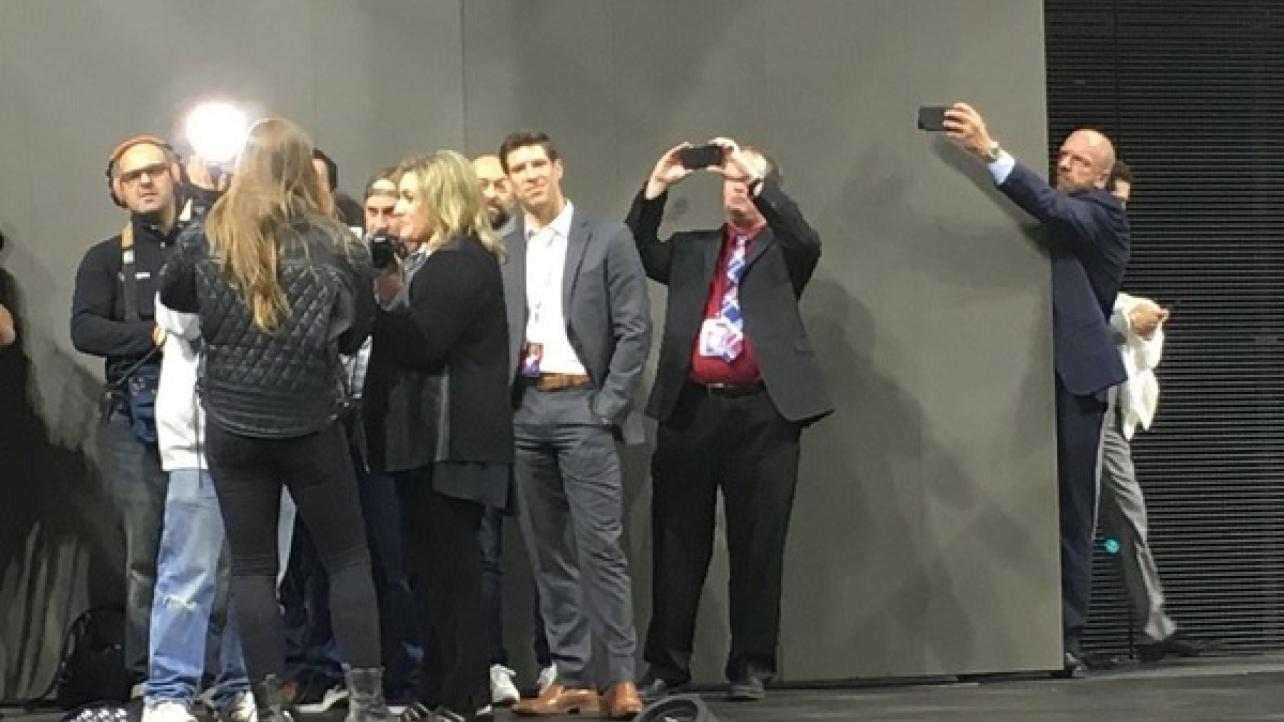 – As noted, none of the women in WWE worked matches at the RAW or SmackDown Live events this past Saturday night, as they had a rehearsal for the first-ever Women’s Royal Rumble match on Sunday. Featured below is a photo from the rehearsals.

Congratulations Ladies on the First-Ever women’s Royal Rumble. every lady got to shine & showed what their Made of, I’m Speechless watching History being made. It’s a great day to be a Woman. @wwe #WWERoyalRumble #girlpower #royalrumble2018 #TheFutureIsFemale

– By now, everyone is aware of the fact that former UFC Women’s Bantamweight Champion “Rowdy” Ronda Rousey has signed with WWE and debuted at the Royal Rumble PPV last night. Part of that is because of the amount of interviews she did immediately after her appearance. As seen below, Triple H snuck in a snap-shot of the media madness Rousey dealt with after making her surprise debut last night.

When you’re Triple H, and you REALLY want to get another photo of Ronda Rousey. pic.twitter.com/DxtvgsLNyY