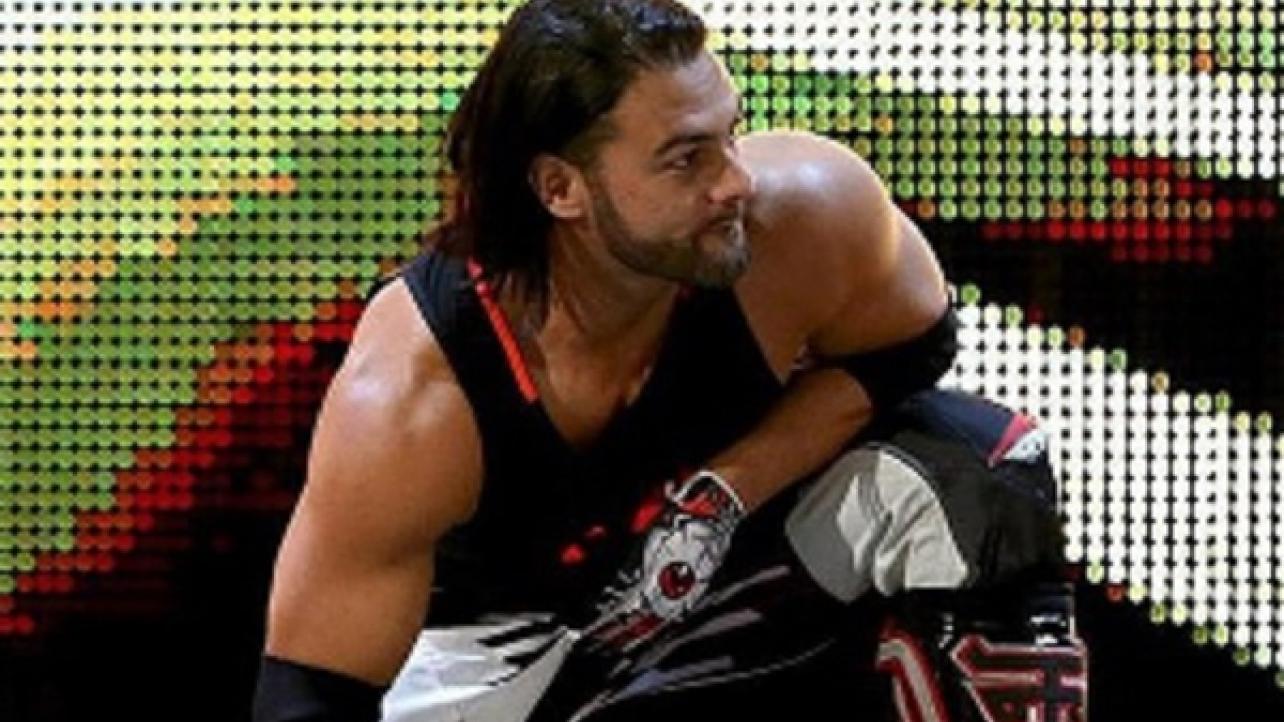 PJ Black On If He Was Originally Supposed To Be Adam Rose, The Bunny

Former WWE Superstar PJ Black (Justin Gabriel) recently appeared as a guest on The Two Man Power Trip Of Wrestling podcast. Featured below are some of the highlights.

On if he was originally slated to be Adam Rose: “It was supposed to be him but when I started wrestling that is the character I played. That character was also loosely based off of my real life and was for a long time that I was known as a party animal and my nickname at Lucha still today is actually “Spring Break” and I’m not like that anymore at all but in my early 20s and 30s that was basically me.

On what his idea for The Bunny was: “I had a bunch of different ideas and I’ll give you one that kind of sparked the interest a little bit and I thought they were going to run with but never did, which was heart-breaking to me. I figured because you’ve followed the storyline with the Bunny and Adam Rose and my idea was that the Bunny would slowly become dark and he gets depressed or he gets moody or he doesn’t want to be this happy character anymore and in the background of Adam Rose and kind of becomes the Donnie Darko character and very dark with like a shot of him backstage sitting and has dried blood on his fur or smoking a cigar and has ash on him and just looks grizzled. He’s just beat up and doesn’t want to be there anymore. But then he does these “hardcore” matches and he never wins and he never gets anywhere just gets more disgruntled and more mad and more angry and more ugly.

On whether or not it is hard to pitch ideas to creative knowing they will get shot down: “That was just one idea. I had like twenty or thirty different ideas for The Bunny alone and then the Darewolf character after that and I had a bunch for the Angel character. Even when I had just about left the Network came out and they asked us to submit shows and I wrote up like ten shows which just got shot down the whole time and I thought that maybe ideas aren’t good? I kind of felt worthless and that was one of the main reasons that I left. One of the shows I pitched over and over was the 205 Live show and I’m happy to see that they are actually going with it right now. It was me, Dean Malenko and Jamie Knoble obviously two well-known cruiser weights who are agents backstage and we just talked about it and we kept pitching it to them and were like if we have a network and we need content and we have all this air time where we can put anything we want on but I think that was just a timing thing. Maybe it would have happened sooner or maybe I planted the seed and I don’t want any credit for it because I’m just happy to see they are doing it right now.”

On whether or not he is working towards a WWE return: “It is funny you say that because it changes all the time. When I left it was been there and done that and I’m good now let me try some other stuff because I still want to go to Japan and a bunch of other companies that I still want to work for on my bucket list. But every once in a while I am like well maybe I should go back just one more run because I want closure and I don’t feel like as a singles competitor that I got a good run at all or like a good showing. I feel like when I left too that it was abrupt and I feel like as a performer and a person and a wrestler that I’ve grown and I feel like my weaknesses back then are now my strong points. While in the WWE you kind of don’t evolve you just do what you get told and you kind of just stay the same and that is why they sign a lot of the Indie guys and you see it with Kevin Steen and Finn Balor and AJ and you saw them doing well on the Indies and now they are doing well on TV. So every once in a while I think maybe I will go back and if they come to me with a good storyline I don’t even care about money now if they just come with a good story line and I get a good payoff for WrestleMania or maybe it is a Nexus story line I’d consider it and I’m not going to turn anything down but if you spoke to me a year ago I would have said no and never. But one thing I learned from Vince was never say never.”

Check out the complete PJ Black interview at Podomatic.com.

PJ Black On If He Was Originally Supposed To Be Adam Rose, The Bunny