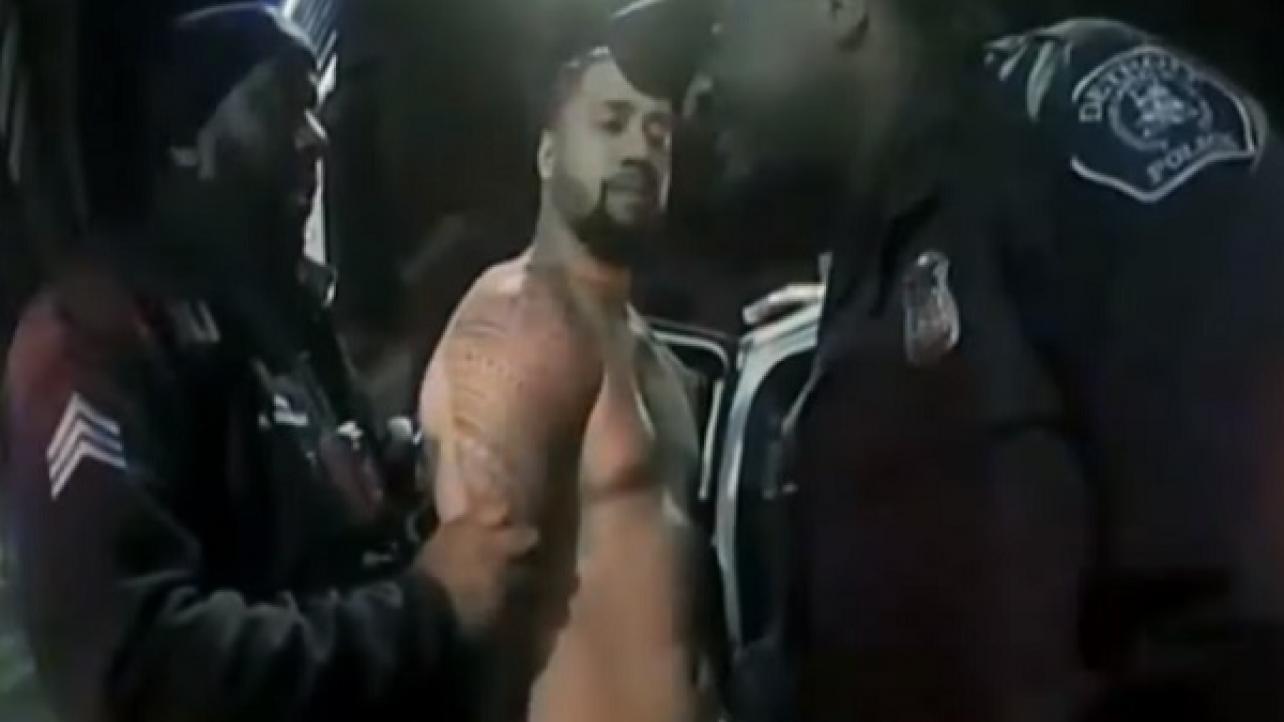 A partial body cam video of WWE wrestler Jimmy Uso’s arrest was obtained and released by Detroit WDIV yesterday showing how he ended up in the back of a police car after a night of drinking with wife, Naomi. The incident occurred last month when Naomi – the driver – was pulled over for driving the wrong way in what she claimed was an unfamiliar city.

Police claimed that when they pulled over the pair, a clearly intoxicated Uso took his shirt off and confronted police by squaring up. None of that footage is actually shown in the video below, but Naomi informs the officers that her husband is extremely drunk before she is eventually let go with the police giving her advice that “when he gets out, let him know he can’t be doing stuff like this.’

Check out the video footage below.