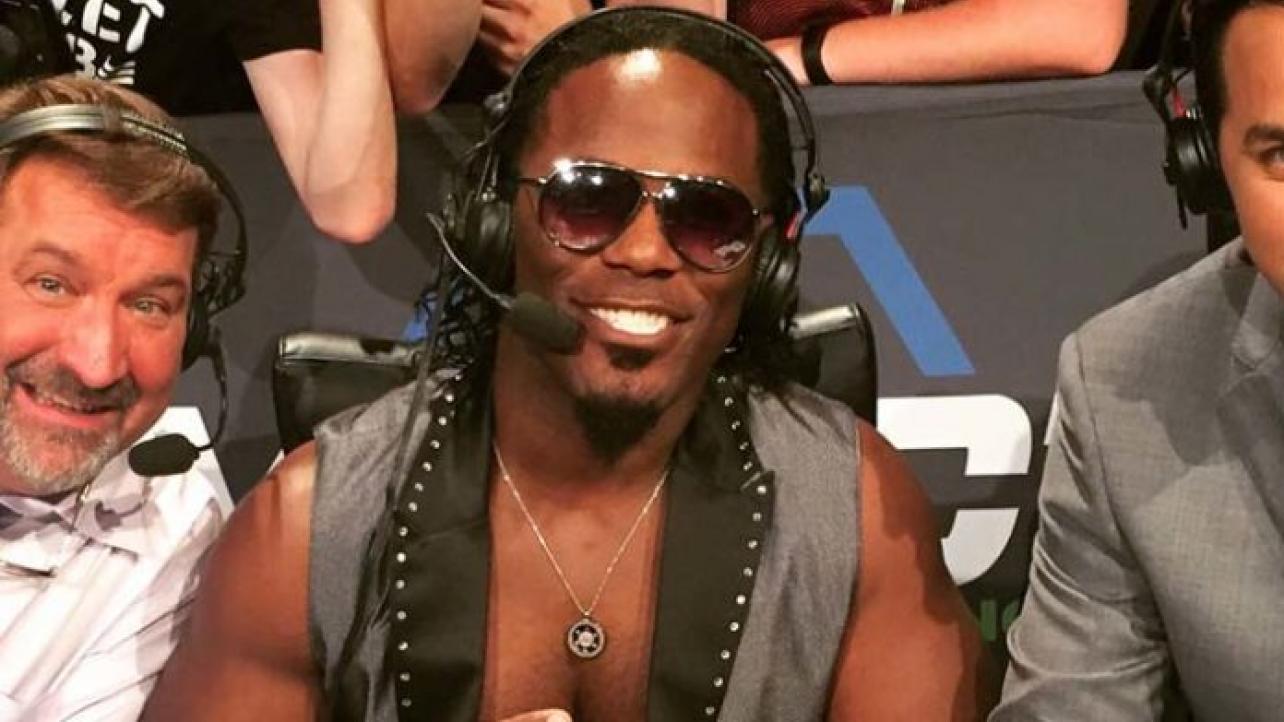 “The Pope” Elijah Burke On What Undertaker Told Him Before WM23, Dusty Rhodes

“The Pope” Elijah Burke recently appeared as a guest on former ring announcer David Penzer’s podcast, “Sitting Ringside,” for an in-depth interview. Below are some of the highlights.

On what it was like working with his hero, late WWE Hall Of Famer “The American Dream” Dusty Rhodes: “So, I’m headed into the building one night, and I see this husky figure walking ever so confident. So, I see him walking towards me, so I just pause, and ‘Dream’ comes walking up, so I stuck out my hand and said, ‘Dream, its Elijah Burke’! ‘The Dream’ shooed my hand away and wrapped his arm around my neck and said, ‘Boy, I know exactly who you are, you don’t need to introduce yourself to me. I know all about you!’ You and I are about to make some magic together!

“From that moment on, Dusty personally dealt with me. When it came down to my promos, they [WWE] had stuff written here and there for you, the writers would give you some bullet points to hit on. Dusty had the paper, I’ll never forget it, he said, ‘see this paper here? Read it. See here, that’s what they want you to say, now give it here.’ Dusty then takes the paper, balls it up, and throws it behind him! He said, ‘I want you to say what YOU want to say! You don’t worry about Stephanie [Stephanie McMahon], I’ll handle her. You just say what you want to say. That’s when I became ever so confident in delivering my promos.”

“The Pope” Elijah Burke On What Undertaker Told Him Before WM23, Dusty Rhodes