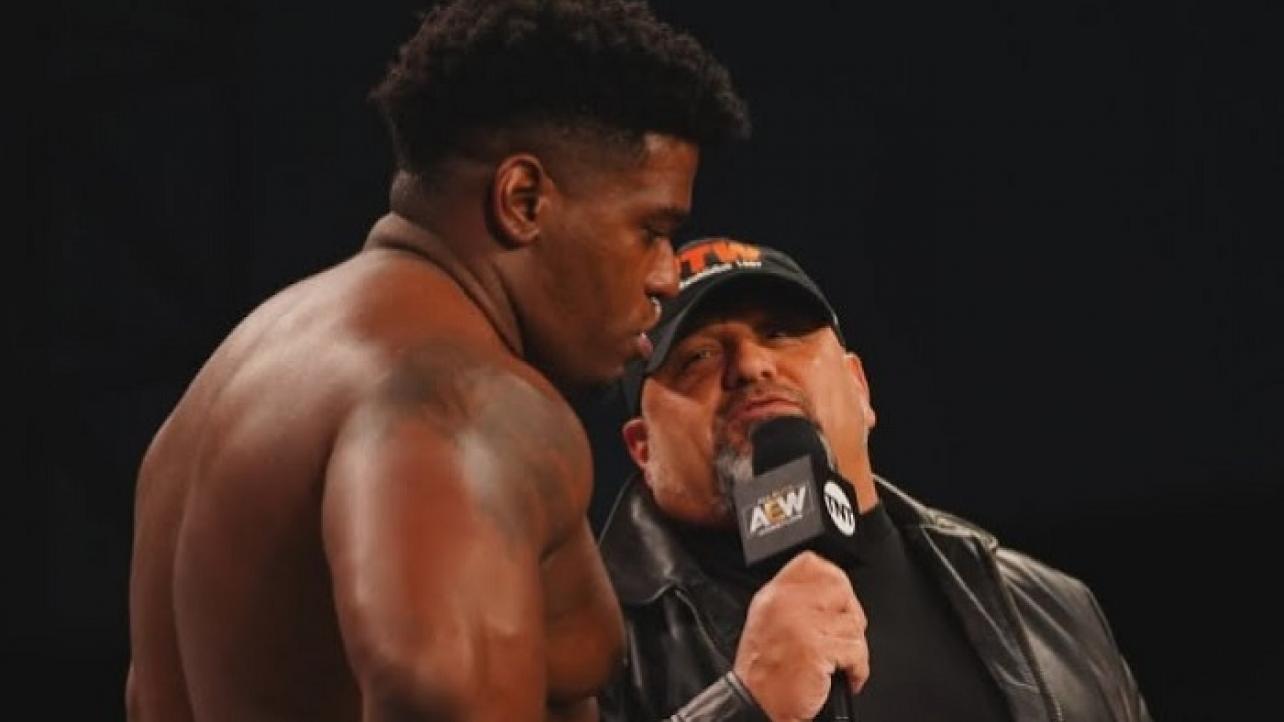 Powerhouse Hobbs surfaced on social media on Tuesday to release a statement regarding the recent back-and-forth exchanges between Big Swole and AEW President Tony Khan.

The AEW star and member of Team Taz took to his official Twitter page to comment on the controversy stemming from Swole and Khan, releasing the following statement:

There is so much that goes into AEW that those online don’t see.

It often flies under the radar that Tony and Megha are people of color, and having them in charge of AEW represents progress for pro wrestling. I see firsthand how hard they’re working to make wrestling more diverse.

I want you all to know that I consider Tony and Megha family, and I’m disappointed to see their efforts dismissed. People have no idea the time and effort it takes to put shows on and to make AEW an open environment where people like me are seen and heard.

Tony works hand in hand with people of color on the roster all the time about their story ideas, input, matches, etc. Not every idea will work, but every idea is listened to and valued. My personal voice has been heard and I’ve had input for many of my opportunities. As a Black male, I plan on using my voice to do what I can to make sure that this company is diverse. I’m also very aware that diversity comes in many forms – Women, Black, Latinx, East Asian, South Asian, Southeast Asian, LGBTQ+ and more. The more diversity, equity and inclusion we can build in wrestling, the more fans we can engage with, and the more fun we can all have together.

AEW is a young company led by people of color heading in the right direction. I’m proud to be a part of that momentum, and I know my colleagues stand beside me when I say that.