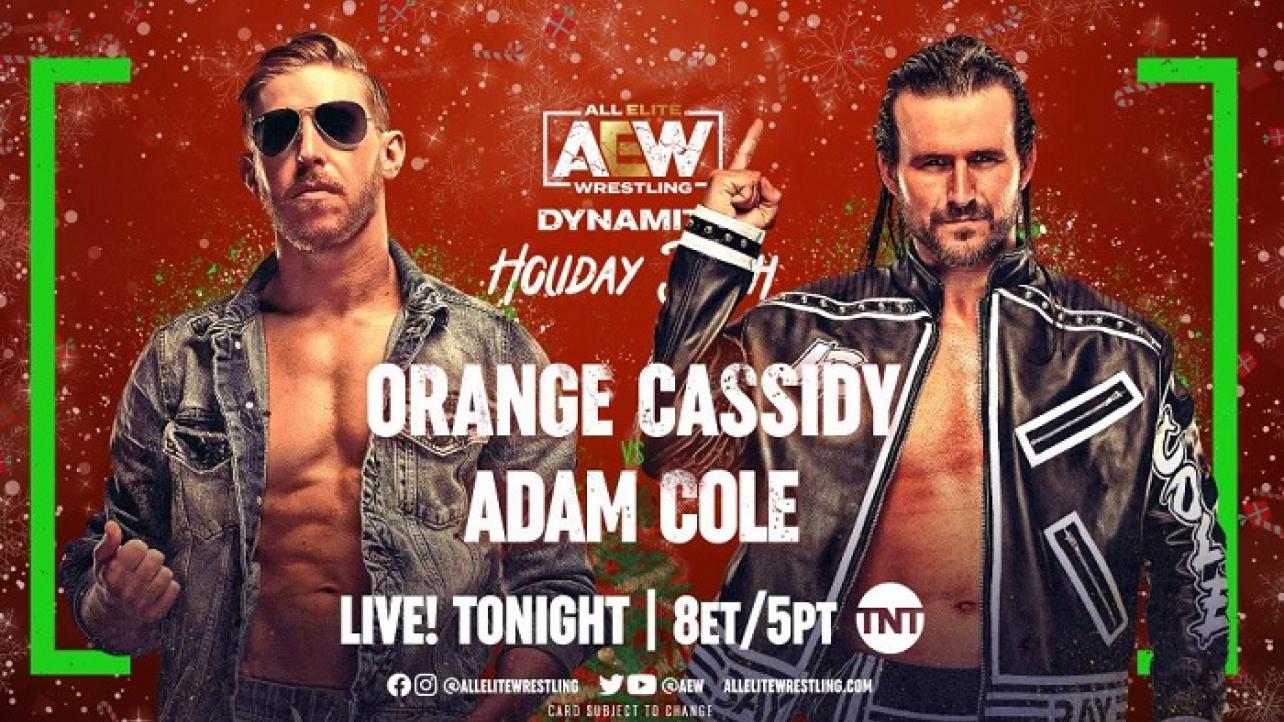 – A couple of the wrestlers involved in the featured AEW Trios match on tonight’s AEW Dynamite: Holiday Bash special event have surfaced on social media with comments on tonight’s highly-anticipated six-man tag-team bout.

Among them was Dax Harwood, one-half of the FTR tag-team, who joins Cash Wheeler and The Pinnacle leader MJF for the AEW Trios showdown scheduled against CM Punk, Sting and Darby Allin.

“Two living legends and the future of pro wrestling vs. CM Punk, Sting, and Darby Allin,” wrote the FTR member.

In addition to Harwood, Allin also took to his Twitter feed, posting his usual black-and-white version of the official match graphic for his Dynamite match along with a brief comment.

– Also hyping a big featured match on tonight’s show on Twitter is “The Freshly Squeezed” one, as Orange Cassidy surfaced on social media to comment on his one-on-one showdown against Adam Cole.

“I’m gonna be an embarrassment on TNT tonight when I beat this dude,” wrote Cassidy. “Everyone’s gonna be so embarrassed. Happy Holidays.”

Check out the tweets from Dax Harwood, Darby Allin and Orange Cassidy hyping their respective matches on tonight’s show via the posts embedded below.

Make sure to join us here at eWrestling.com tonight for live AEW Dynamite: Holiday Bash 2021 results coverage from Greensboro, N.C.

I’m gonna be an embarrassment on TNT tonight when I beat this dude.

Everyone’s gonna be so embarrassed.