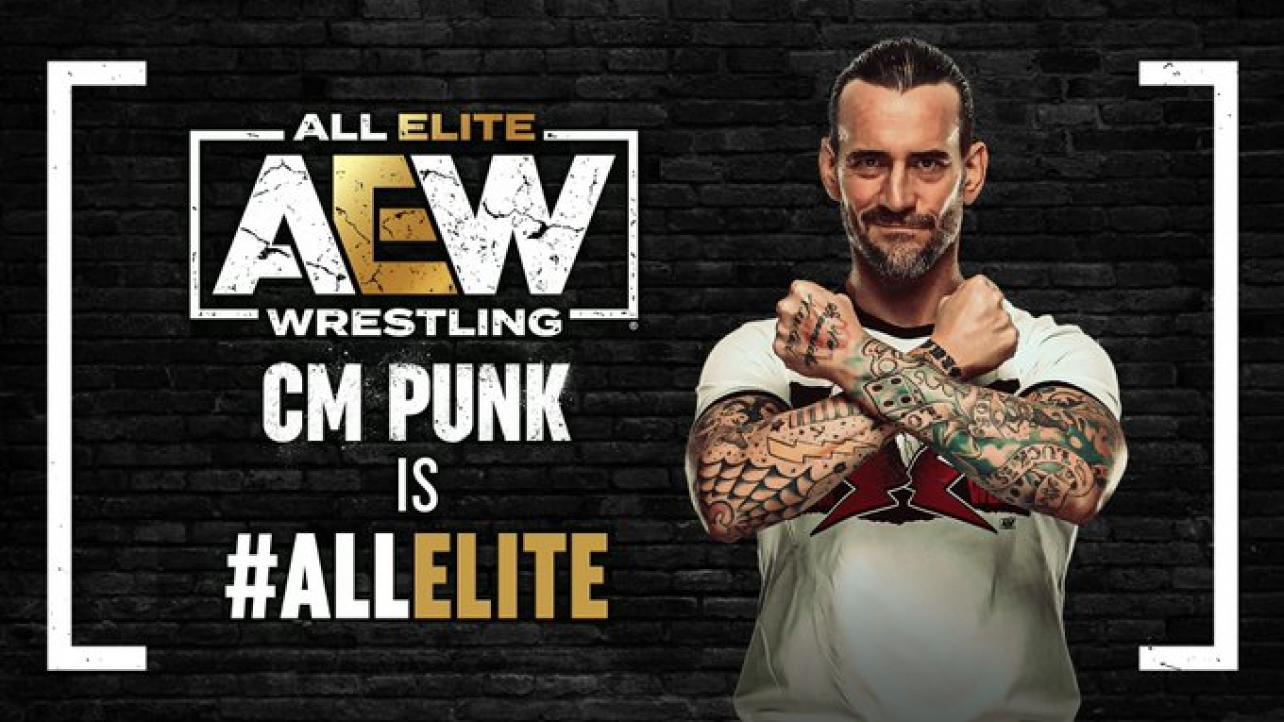 The promotional push for CM Punk in All Elite Wrestling has begun.

Following his debut appearance for the promotion at AEW Rampage: The First Dance at the United Center in his hometown of Chicago, Illinois on Friday night, AEW issued an official press release to announce the signing of the pro wrestling legend.

CM Punk would go on to tweet the press release via his official Twitter feed. Check out that tweet, along with additional social media coverage of CM Punk’s signing with AEW, debut appearance on Rampage, scheduled Dynamite debut and AEW Shop merchandise below.

Get your @CMPunk shirt at https://t.co/9hHlXpcSbp! An event exclusive “I Was There!” shirt is available in the United Center TONIGHT! #AEWRampage pic.twitter.com/AHk1gQcq1R