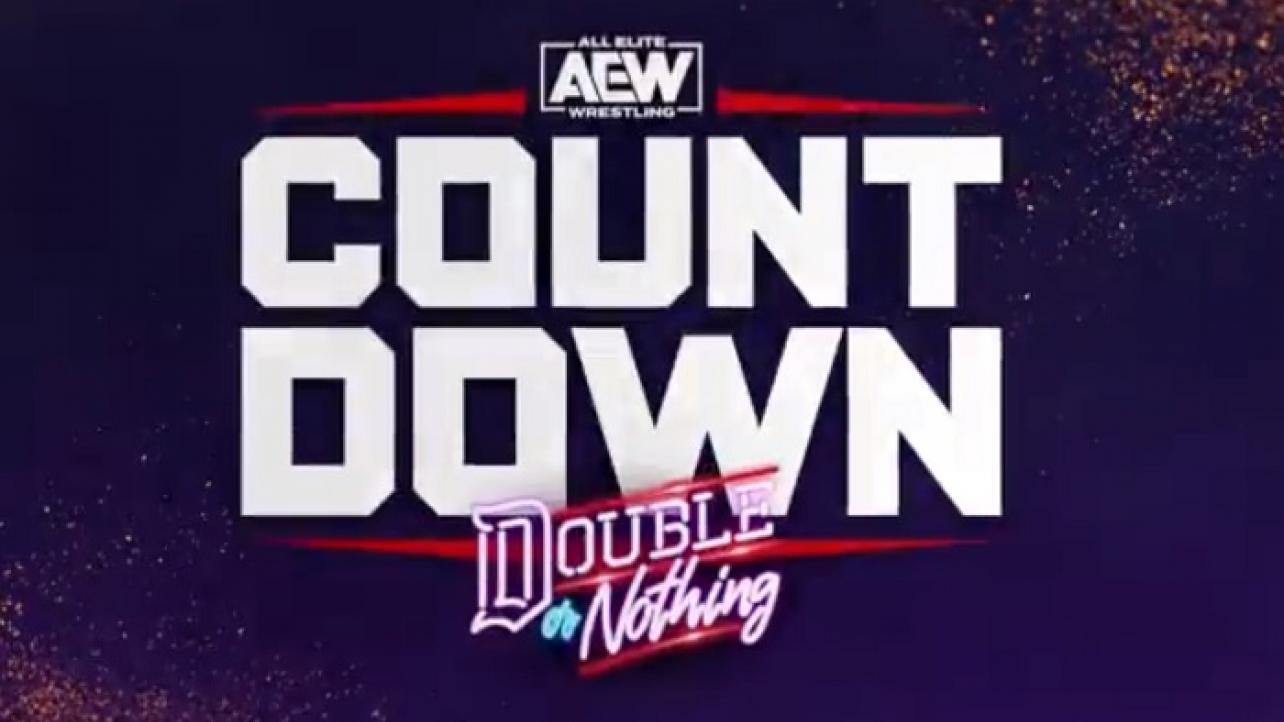 With AEW Double Or Nothing 2021 going down this Sunday evening at Daily’s Place amphitheater in Jacksonville, Florida, there aren’t many stops remaining on the road to the big pay-per-view event …

As advertised during the special AEW Friday Night Dynamite “go-home” episode of the weekly All Elite Wrestling on TNT television program, the Countdown to AEW Double Or Nothing is scheduled to premiere on TNT on Saturday evening, May 29, 2021 at 7:30pm Eastern Time.

Embedded below, courtesy of the official AEW Twitter feed, is the official Countdown To AEW Double Or Nothing trailer that was released to promote the premiere of the pre-pay-per-view special on TNT.

Additionally, Colt Cabana talks about the special during the official post-show for the special AEW Friday Night Dynamite “go-home” show for this Sunday night’s PPV at Daily’s Place amphitheater in Jacksonville, FL.

Make sure to join us here at eWrestling.com on 5/30 for live AEW Double Or Nothing results coverage!