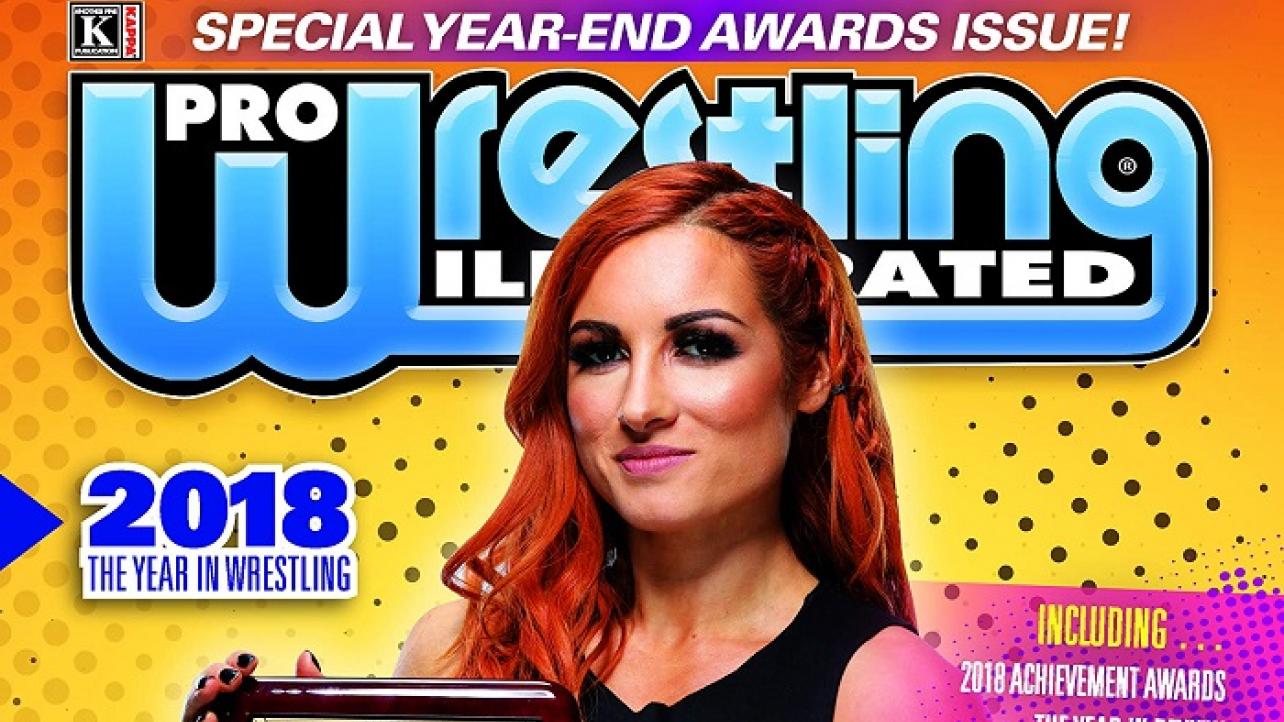 After over 40 years on the job, Stu Staks announced that he is stepping down as the editor and publisher and retiring from the Pro Wrestling Illustrated magazine.

Staks announced the news via the official PWI Twitter feed on Tuesday afternoon.

“It’s with a broad range of emotions that I announce I will be retiring and stepping down as editor and publisher of Pro Wrestling Illustrated on June 5,” wrote Staks on Tuesday. “I’ve devoted two-thirds of my life to this magazine and its sister publications and, believe me, it’s not easy to walk away.”

The comments came from a lengthy statement issued by the 40-year veteran of one of the most-beloved pro wrestling magazines of all-time, which features the annual PWI Top 500 List of Wrestlers special issue every year.

It was announced that Staks will be replaced by Kevin McElvaney.

Staks will remain in his position for a little over three months before McElvaney steps in to fill the role.

Check out the complete multi-tweet statement from 40-year editor and publisher of the Pro Wrestling Illustrated magazine, Stu Staks, below.

It’s with a broad range of emotions that I announce I will be retiring and stepping down as editor and publisher of Pro Wrestling Illustrated on June 5. I’ve devoted two-thirds of my life to this magazine and its sister publications and, believe me, it’s not easy to walk away.

I have expressed my gratitude to our original owner, Stanley Weston, in the past. He was a wonderful, generous man who loved both wrestling and boxing—as well as the wonderful staff he assembled and pretty much left alone to do their thing.

But I also want to thank our current owner, Nick Karabots, and Kappa CEO Des McNulty, whose vision has enabled PWI to thrive in an era that has proved increasingly challenging for print publications.

I also want to thank the many, many co-workers I’ve seen come and go, each of whom proved crucial to my professional and personal growth. Most of all, I want to thank the readers who have supported PWI for all or some of the past 40 years.

I am extremely confident that we will thrive under the direction of our new editor, Kevin McElvaney, who has been a contributor for the past decade.

For the short time he’s been here on a full-time basis, it’s clear to see that he has a love for this magazine and the industry as a whole.

He’s quite a bit younger than me (who isn’t?) and he has a boatload of ideas about how to modernize our approach, particularly within the realm of social media …

… while still maintaining the PWI traditions that are so important to you, our readers. Beginning June 6, I will be joining your ranks.