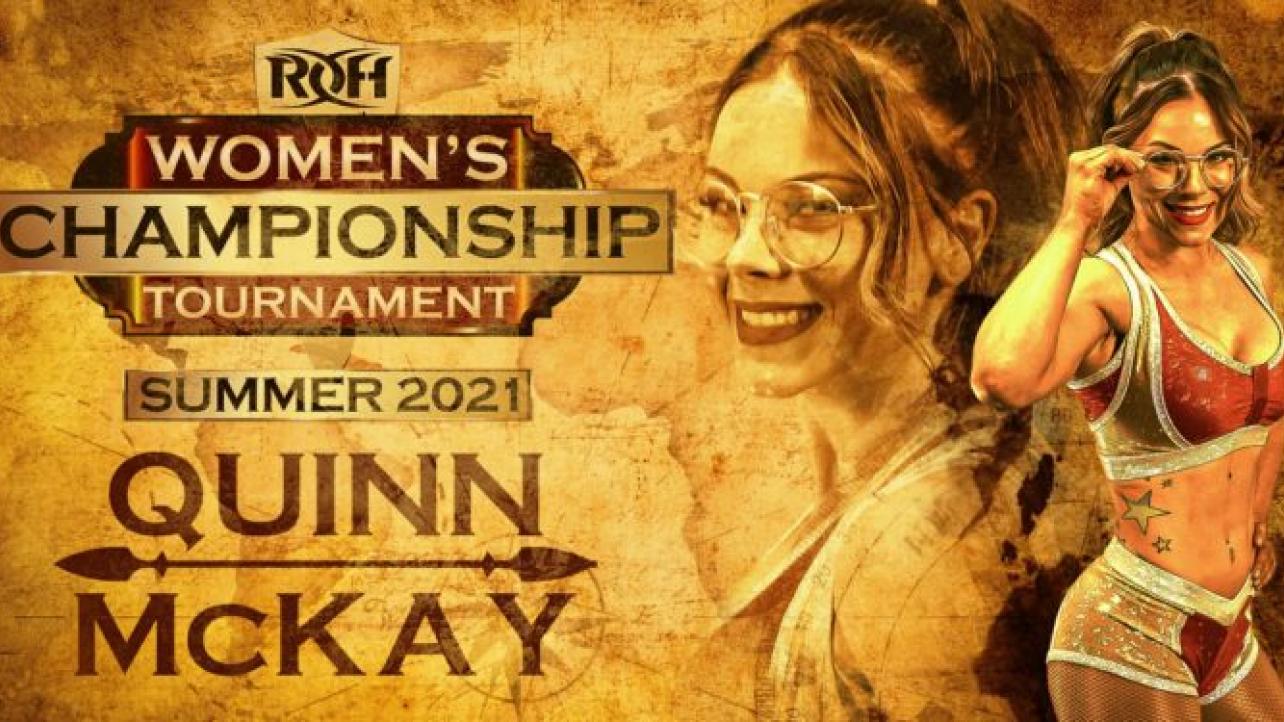 You can officially pencil in Quinn McKay for the ROH Women’s Championship Tournament.

Ring Of Honor issued the following announcement this week to confirm the addition of McKay for the tournament designed to crown the new ROH Women’s Champion.

Thanks to Honor Nation, Quinn McKay finally has her ticket to gold for the ROH Women’s World Title Tournament.

In an online poll on The Experience Facebook page, a whopping 94 percent of respondents voted for McKay to be in the tournament. The field of 15 competitors is now complete.

McKay had two previous opportunities to win her way into the tournament. In May, she lost to Angelina Love thanks to a distraction from Mandy Leon. Two weeks ago, McKay lost to Leon, who used brass knuckles that were passed to her by Love.

Because both of McKay’s losses were due to outside inference from The Allure, ROH Board of Directors member Maria Kanellis-Bennett set up the poll, which asked if McKay should be in the tournament.

McKay’s opponent in the first round will be none other than Leon. That match takes place on Ring of Honor Wrestling the weekend of Aug. 7.

Love, who has a first-round bye, and Leon have been banned from ringside for each other’s matches by Kanellis-Bennett.

The tournament begins this weekend on Ring of Honor Wrestling with three first-round matches.