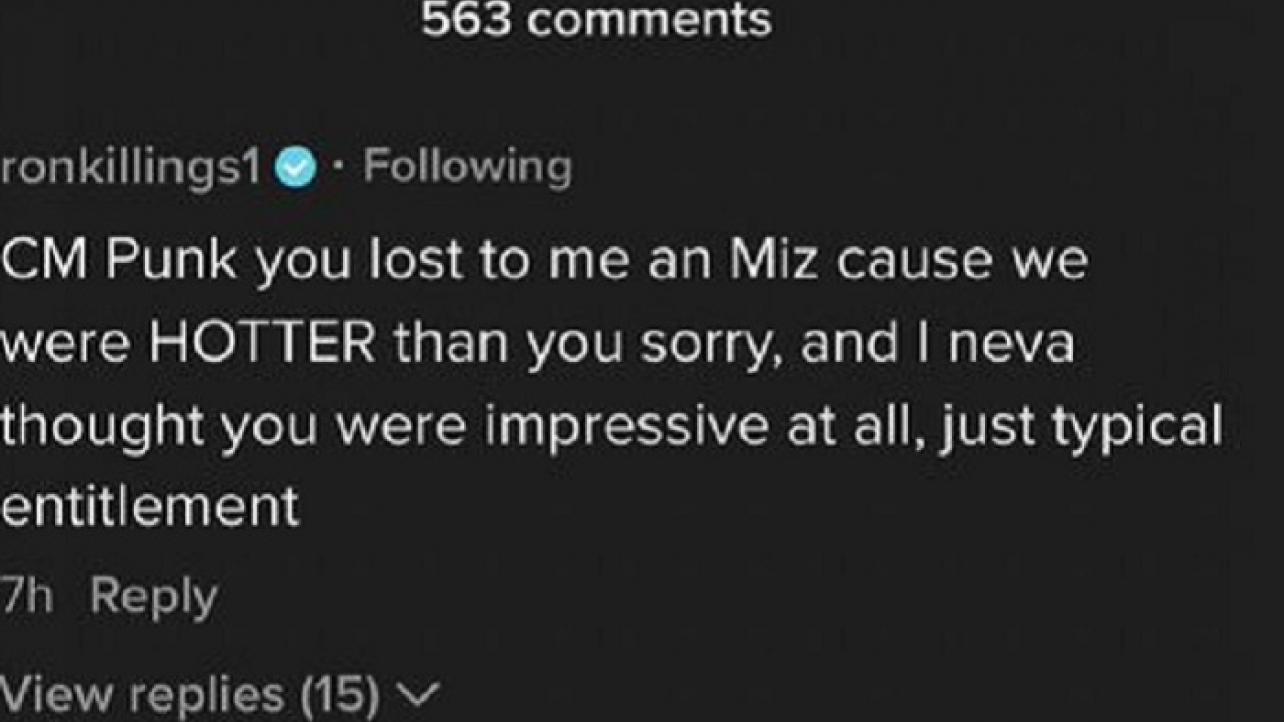 R-Truth Blasts CM Punk, Claims He And The Miz Were More Over Than Him In WWE

It looks like R-Truth isn’t going to be applying to become the president of the CM Punk fan-club anytime soon.

The on-again, off-again WWE 24/7 Champion recently responded to a video on TikTok of Punk’s infamous appearance on Colt Cabana’s “Art Of Wrestling” podcast where he spoke about his ugly WWE departure.

In the clip, Punk is talking about having to lose to R-Truth and The Miz at the WWE Vengeance 2011 pay-per-view, calling it “bad business.”

Truth’s response to the clip read, “CM Punk you lost to me and Miz cause we were HOTTER than you, sorry, and I neva thought you were impressive at all. Just typical entitlement.”

Check out a screen shot of the post below.

I don’t know if Ive legit ever seen R truth say something bad about someone lmao pic.twitter.com/hcwztw0tb7

R-Truth Blasts CM Punk, Claims He And The Miz Were More Over Than Him In WWE