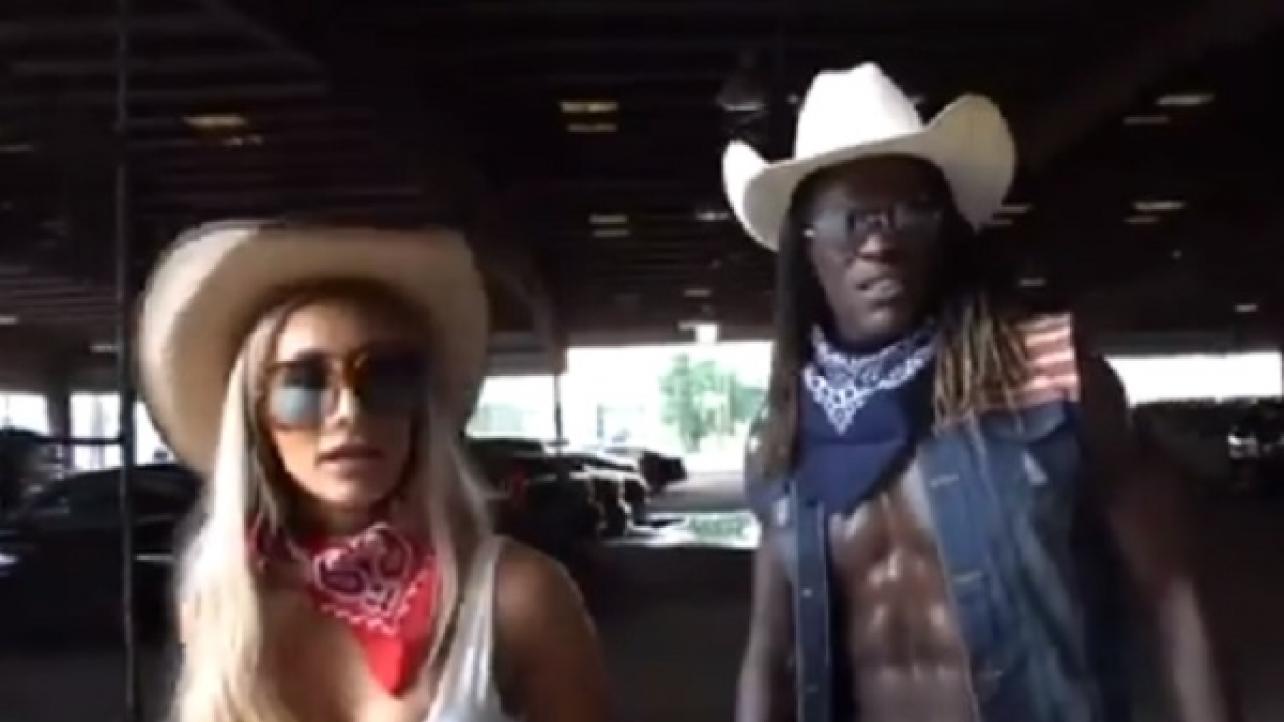 – R-Truth and Carmella managed to end the weekend with the WWE 24/7 Championship in their possession, although it wasn’t easily accomplished. WWE posted the following video on their official Twitter page on Sunday that shows the two fleeing the arena and getting out of dodge after the WWE non-televised live event in Monroe, Louisiana. The two entered the venue in disguises, although they didn’t do them any good. Check out the video of the duo arriving and later, quickly exiting, the Monroe Civic Center on Sunday below.

Well the disguises didn’t help, but @RonKillings was able to sneak out of #WWEMonroe with the #24/7Championship along with @CarmellaWWE! pic.twitter.com/KX84JqQW3z

– Drake Maverick, still dealing with depression after recently getting attacked and beaten for the WWE 24/7 Championship at his wedding, posted his latest tweets about his ongoing saga. The 205 Live General Manager tweeted on Saturday about how long his WWE 24/7 title reign would be at this point, and returned on Sunday with a new video of himself called, “Advice.” Check out both tweets below.

I have now been married for 9 days.

My life is in shambles.#WWE #Maverick247