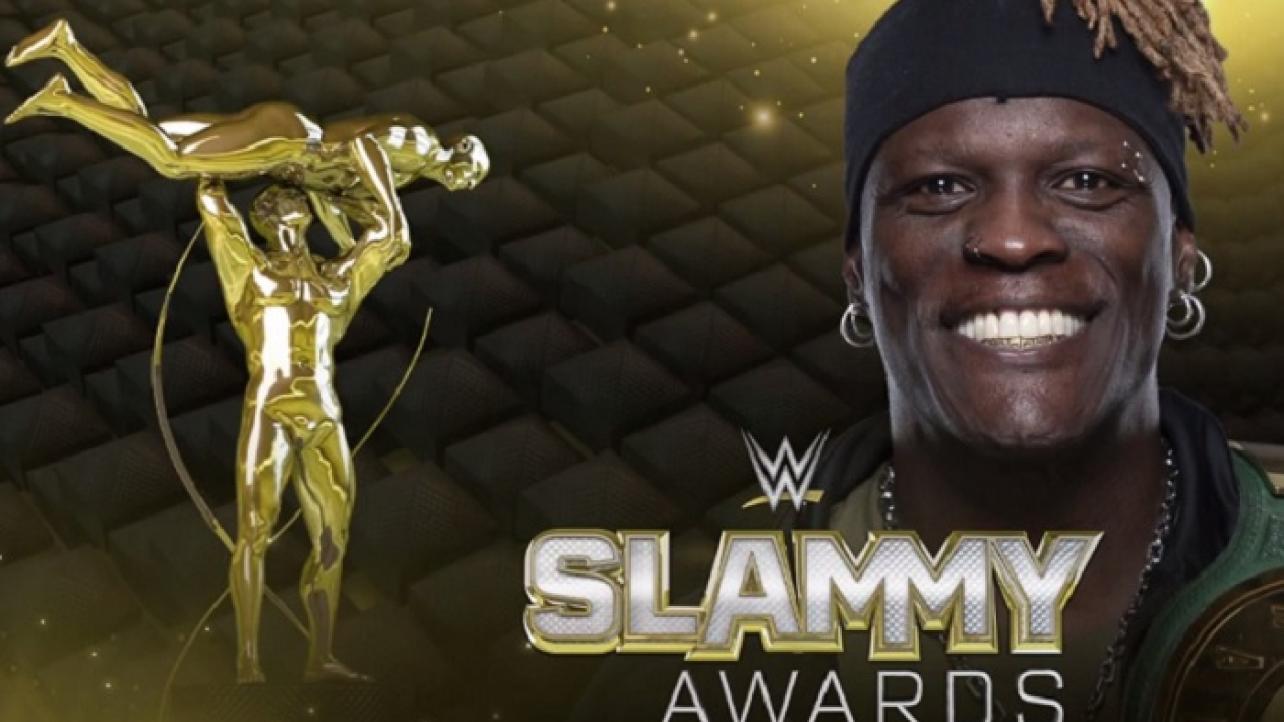 During the WWE TLC 2020 show, the company announced that WWE 24/7 Champion R-Truth will be hosting this year’s annual Slammy Awards special.

It was revealed that the special will take place this coming Wednesday night, December 23, 2020, on the WWE Network and across all of WWE’s official digital platforms.

Check out the announcement from the official WWE Network Twitter feed below.

THIS WEDNESDAY, The #SLAMMY Awards RETURN hosted by @RonKillings! pic.twitter.com/fNr9OFxAJ2