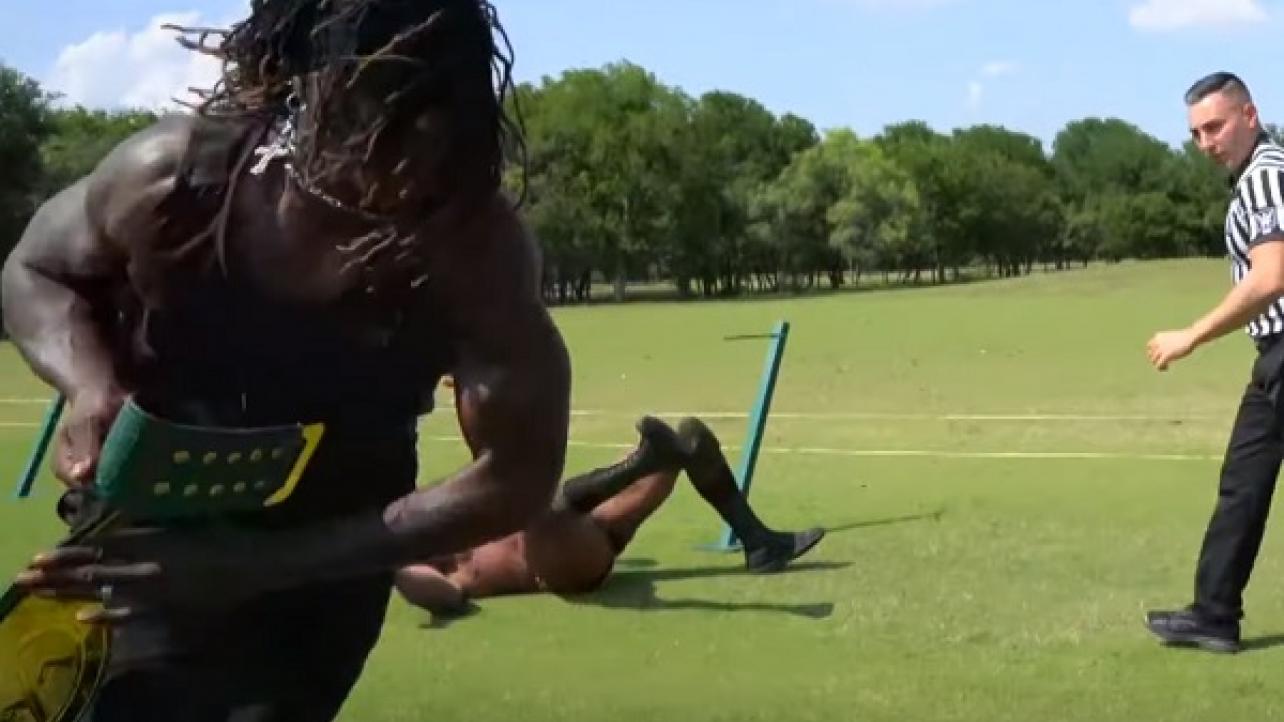 And then changed hands again.

Jinder Mahal brought a referee with him to a golf course on Sunday, where the WWE Superstar ambushed and attacked R-Truth while he was trying to have a “relaxing Sunday” with Carmella. Mahal managed to score a pin fall victory over Truth, claiming the new WWE 24/7 Championship.

The reign for Mahal would only last for a couple of seconds, however, as Truth rolled Mahal up from behind for a three-count of his own before grabbing the 24/7 Championship belt and fleeing the scene.

WWE.com released the following regarding the non-televised title changes on Sunday afternoon:

There is no rest for the weary. With the mad dash surrounding his 24/7 Championship, R-Truth found it impossible to sneak in a moment of rest and relaxation on the golf course this weekend.

Despite seeking refuge on the fairway, Truth was attacked by Jinder Mahal, who brought a referee along to record the three-count. However, The Modern Day Maharaja’s celebration was cut short when Truth surprised him with a roll-up pin – thanks in large part to a distraction by Carmella – to regain the championship and escape across the green.

Can Truth keep the prize through the rest of the weekend?

Check out video of the Mahal and Truth title changes below.

So much for a relaxing Sunday! @JinderMahal AMBUSHED @RonKillings on the golf course to (very briefly) win the #247Title! @CarmellaWWE pic.twitter.com/wcg7K6hoz2