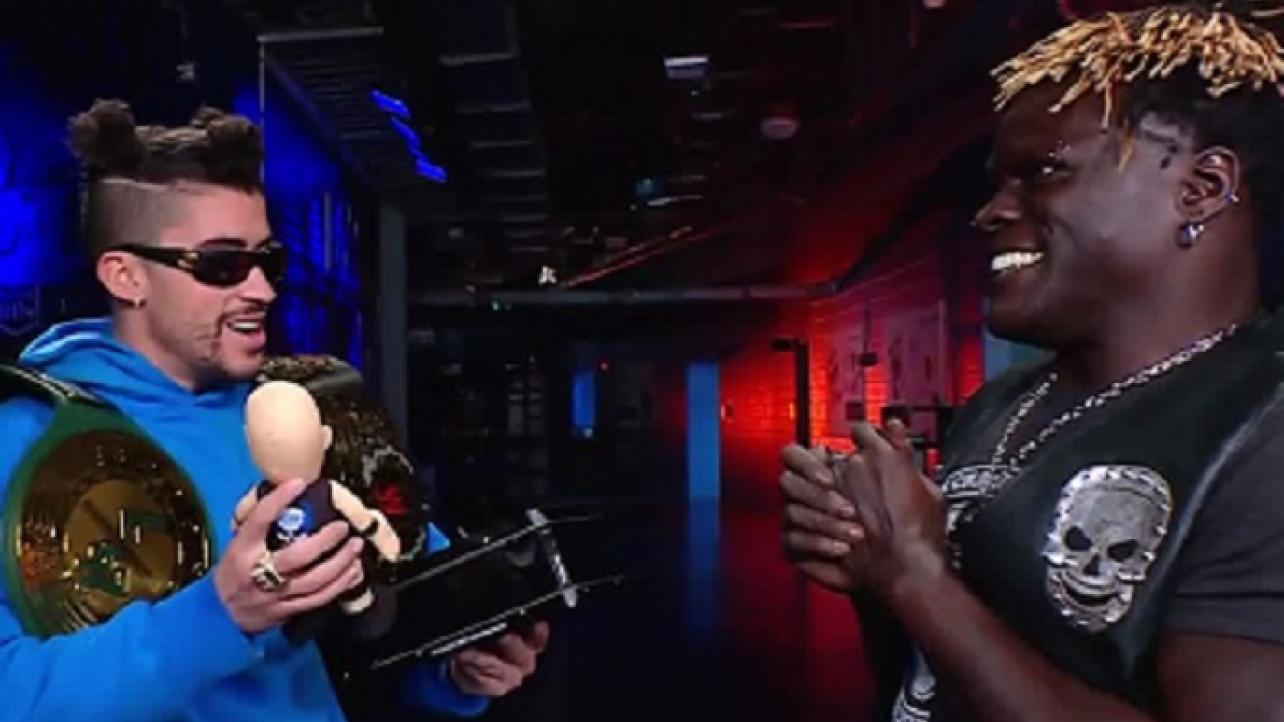 We have ourselves a new WWE 24/7 Champion.

R-Truth recaptured the WWE 24/7 Championship on the WWE Fastlane 2021 “go-home” episode of WWE Monday Night Raw this week at the ThunderDome inside Tropicana Field in St. Petersburg, Florida.

The title change came in the form of a backstage segment, as Truth approached the now former title-holder, hip-hop star Bad Bunny, where he ultimately offered him “the trade of a lifetime.”

Bad Bunny would go on to accept a trade offer from R-Truth, giving up the WWE 24/7 Championship and in return receiving Truth’s collection of “Stone Cold” Steve Austin merchandise.

Check out coverage of the title change from the backstage segment on the 3/15 episode of WWE Raw via the video and tweets embedded below courtesy of the company’s official YouTube and Twitter channels.