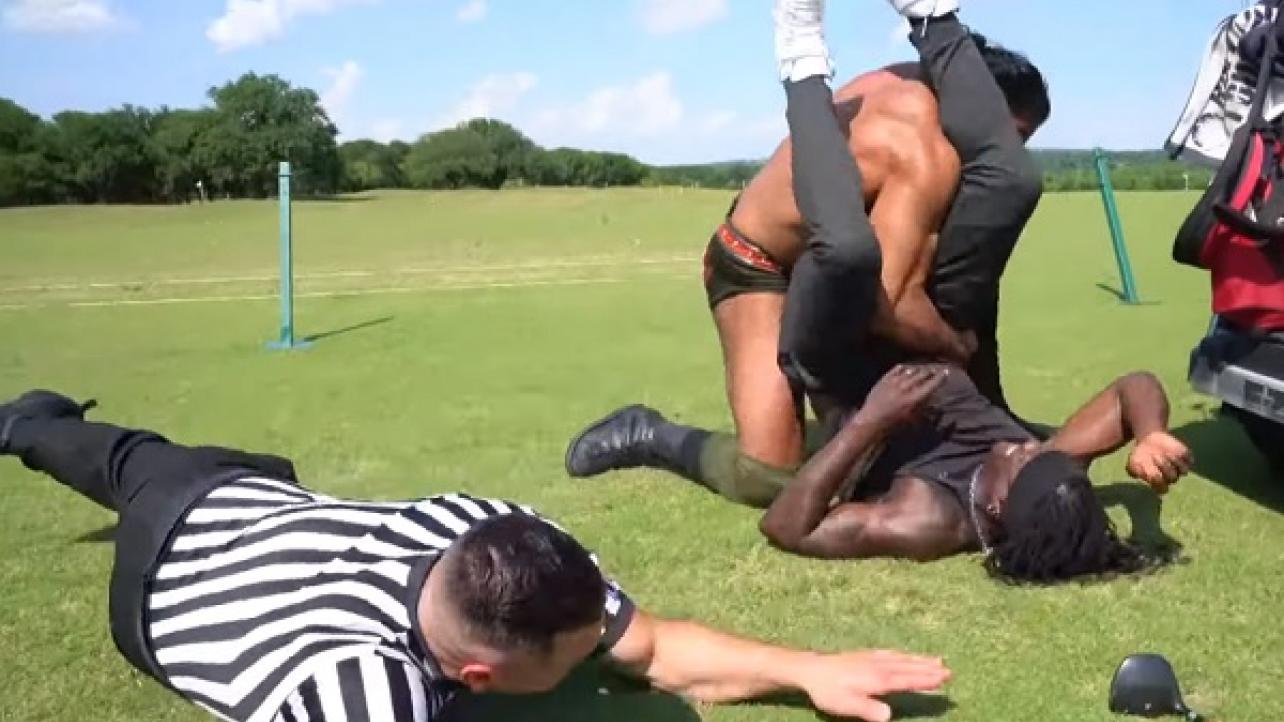 As noted, WWE released video on their various social media channels on Sunday of Mahal attacking and defeating Truth at a golf course to win the WWE 24/7 Championship, only to lose it right back to him before he fled the scene.

As noted, WWE plans to continue to have WWE 24/7 Championship matches / segments on social media on a semi-regular basis going forward. It has also been reported that non-WWE Superstars are also eligible to compete and win the WWE 24/7 title.

So much for a relaxing Sunday! @JinderMahal AMBUSHED @RonKillings on the golf course to (very briefly) win the #247Title! @CarmellaWWE pic.twitter.com/wcg7K6hoz2