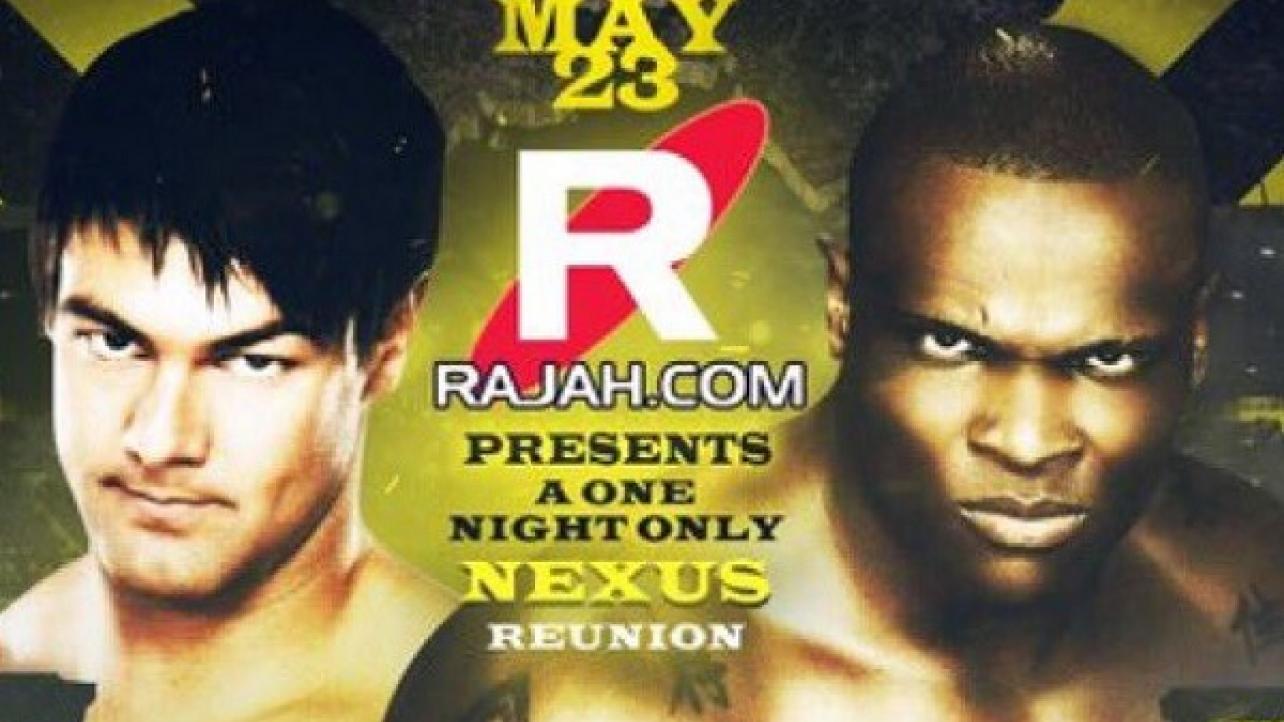 Rajah.com Presents One Night Only NEXUS Reunion In Las Vegas On 5/23

“WE ARE ONE” – a one-night Nexus reunion event, live from Las Vegas, Nevada! Tickets on sale now: click here!

Coming Thursday May 23rd, 2019, Rajah.com present out first ever live wrestling spectacular, live from the venue known as the FSW Arena, located on 6035 Harrison Drive. This intimate setting allows for no more than 150 tickets to be sold, once we’re at capacity – that’s it!

Think the date rings a bell? That’s right, it’s the same weekend at AEW “Double Or Nothing”, as well as the popular Starrcast convention are in town!

In our main event of the evening, we see only the second ever reunion of Nexus members, as the men who competed in the WWE as Justin Gabriel and Michael Tarver team up one more time in tag team action against opponents still to be announced!

Elsewhere on the card, you will see ‘The Mad King’ Eddie Kingston in singles action, female superstars Leva Bates and Heather Monroe, Vegas up and comers that will be making a name for themselves worldwide in the next 12 months such as Chris Bey and Damian Drake, as well as – just confirmed – the one and only Disco Inferno!

Doors on May 23rd for this blockbuster event will open at 6.30pm for VIP ticket holders, and 7.00pm for general admission. Tickets cost $32 GA, or just $15 more to upgrade to VIP!

BUT WAIT… for WrestleMania weekend only, tickets are 25% off! This discount will end on Monday, so get your tickets now: click here!

For WrestleMania weekend, we’re giving a 25% discount on tickets to @RajahLive on May 23!

Rajah.com Presents One Night Only NEXUS Reunion In Las Vegas On 5/23