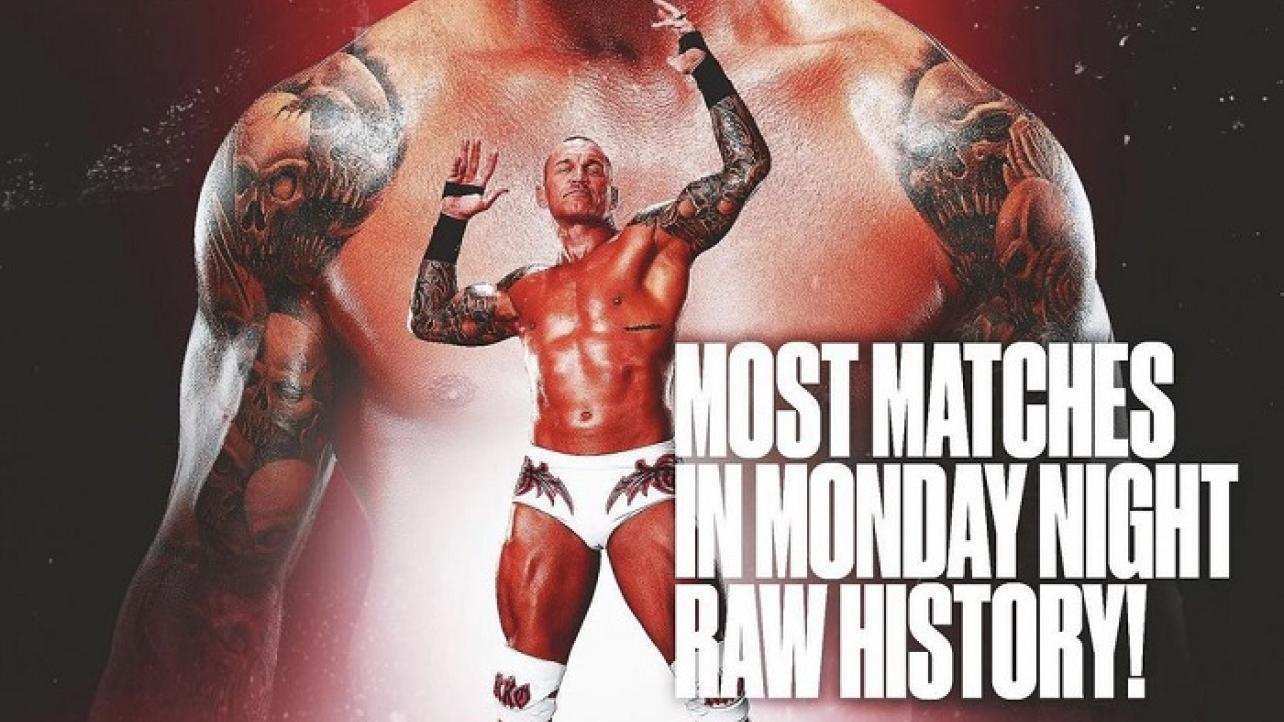 Randy Orton has made WWE history once again this week.

Following the successful title defense by the tag-team champions on the red brand, RK-Bro (Randy Orton & Riddle) this week, Randy Orton has passed Kane on another “all-time” list.

“The Viper” moves into first place on the list of most all-times matches in WWE Monday Night Raw history, as he now has 437 bouts under his belt on the weekly red brand program, passing Kane, who is now in second place with 436.

Take a look at the rest of the top-five list of WWE Superstars with the most matches in WWE Monday Night Raw history, adding to his collection, as he also passed Kane for the top spot in the most WWE pay-per-view matches of all-time when RK-Bro defeated The Usos at the WWE Survivor Series 2021 event last month.

Check out a tweet from the official WWE on FOX Twitter feed acknowledging the new record held by “The Viper,” as well as a tweet from Randy Orton’s wife, Kim Orton, congratulating her husband on making history yet again in WWE.

With that match, @RandyOrton sets ANOTHER record. pic.twitter.com/bbJRAAhEQs

My husband @RandyOrton making history every day!!! It’s insane. You are the fucking GOAT my love. Own that shit ❤️ pic.twitter.com/ObXIuClZYA