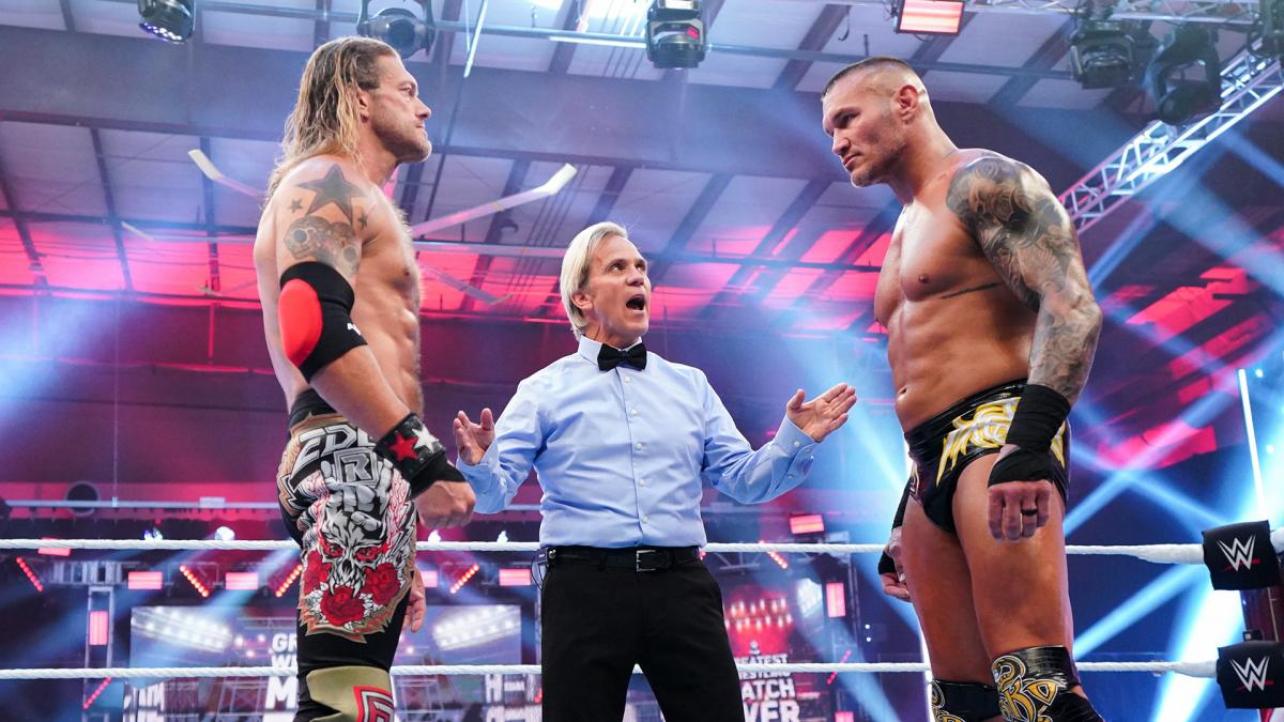 Randy Orton Reflects On “Greatest Match Ever” Against Edge

WWE superstar and former multi-time world champion Randy Orton was the latest guest on Stone Cold Steve Austin’s Broken Skull Sessions where “The Viper” discussed all things pro-wrestling, including his thoughts on his Greatest Match Ever with Edge at Backlash 2020. Hear his thoughts on the bout below.

Says it was a stressful position to be in but he now considers the match one of his favorites:

“What a stressful position to be in, but this is one of my favorite matches I’ve ever had. I’m very happy with this match. Not only because of the pandemic and it was a weird situation to be in, but I feel like you can never have ‘the greatest wrestling match ever,’ but given the shackles that we were put under — it was an uphill battle — we did everything we could to do our best and we had the NXT crowd too. To be able to feel that. Here’s these guys, much younger than me, they’re watching like, ‘this is how it’s done”.

How he now feels a sense of pride for it:

“There was a sense of pride in that too. Not only were we out there wrestling and working with no crowd and with the piped-in noise and the little bells and whistles, but we had that NXT crowd. It was like class. Let’s show them how it’s supposed to be done. We took our time and we got everything out of it. It’s one of my favorite matches”.

You can watch the full edition of Broken Skull Sessions on the WWE Network on Peacock.

Randy Orton Reflects On “Greatest Match Ever” Against Edge