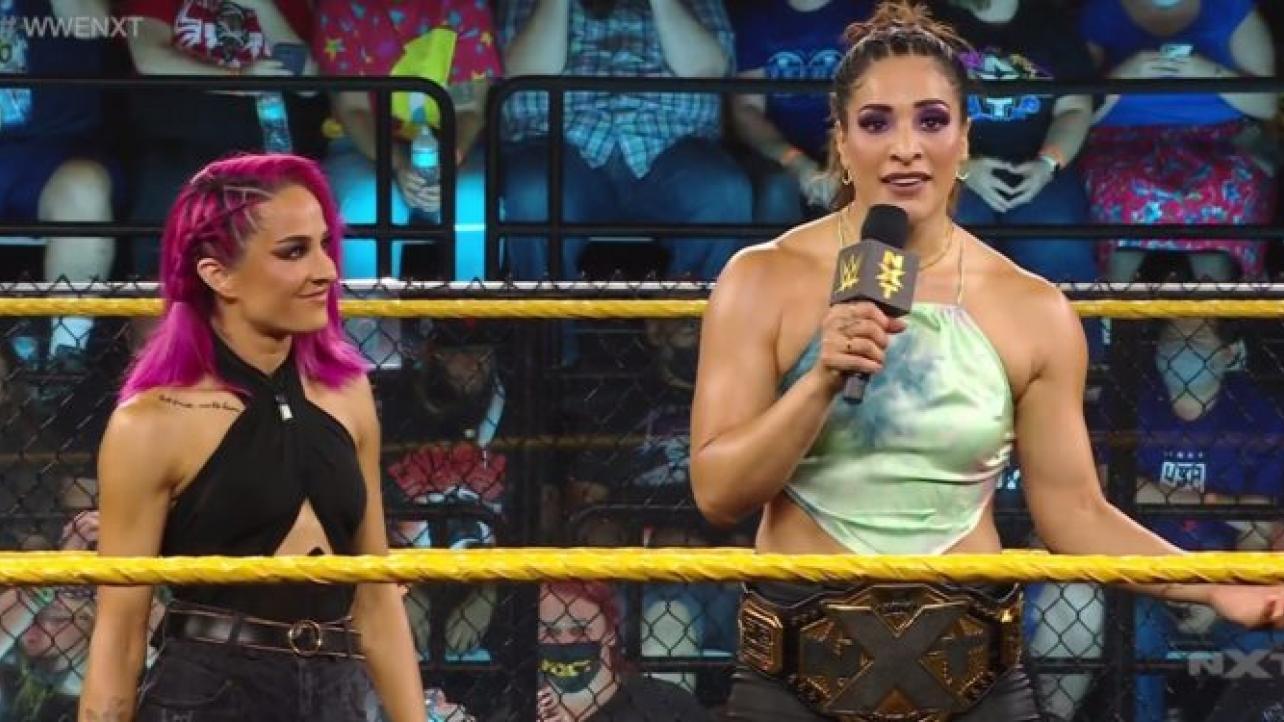 Raquel Gonzalez recently appeared as a guest on the Wrestling Inc. Daily podcast for an in-depth interview covering all things pro wrestling.

During the discussion, the NXT Superstar spoke about Triple H’s influence on the brand, how it’s been weird not having “The Game” around, working with Shawn Michaels and more.

On Triple H’s influence on NXT: “He is the most amazing influence and person to have here. Especially on Tuesdays and especially at PPVs like WarGames. We do miss him a lot but we hope that he’s getting well and everything’s going good with his recovery, and it’s a full recovery.”

On how weird it has been to not have Triple H around at NXT: “It is pretty weird. But I will say the team that we have, has always been a part of Triple H’s as well. So Triple H being the peanut butter (to NXT’s jelly), he’s never only been the one person of peanut butter. We have Shawn Michaels, Matt Bloom, Road Dogg, Scotty Armstrong, Terry Taylor, Norman, Scotty 2 Hotty, all these coaches, Sara Armato. Now having Storm and Corino here as well, it’s been a blessing having an amazing team who are positive. Who kind of stepped in when Triple H had to step away for a little bit and have taken that role and been there, not only for the new talent but as well for the talent that has been here for a while and are trying to adjust to the changes as well.”

On working with Shawn Michaels has been amazing: “It’s been amazing, it really has. I met him a couple of times when I was younger. Because my dad actually wrestled for him in San Antonio at TWA. So, to know that now I’m in this position where he’s actually coming up to me and shaking my hands after matches. He’s complimented Dakota and I when we were doing our tag team work together. As you know we’ve been referenced a lot to him and Big Daddy Cool. So it’s been really amazing to have that confirmation from the man himself.” c

Check out the complete interview at Wrestling Inc.