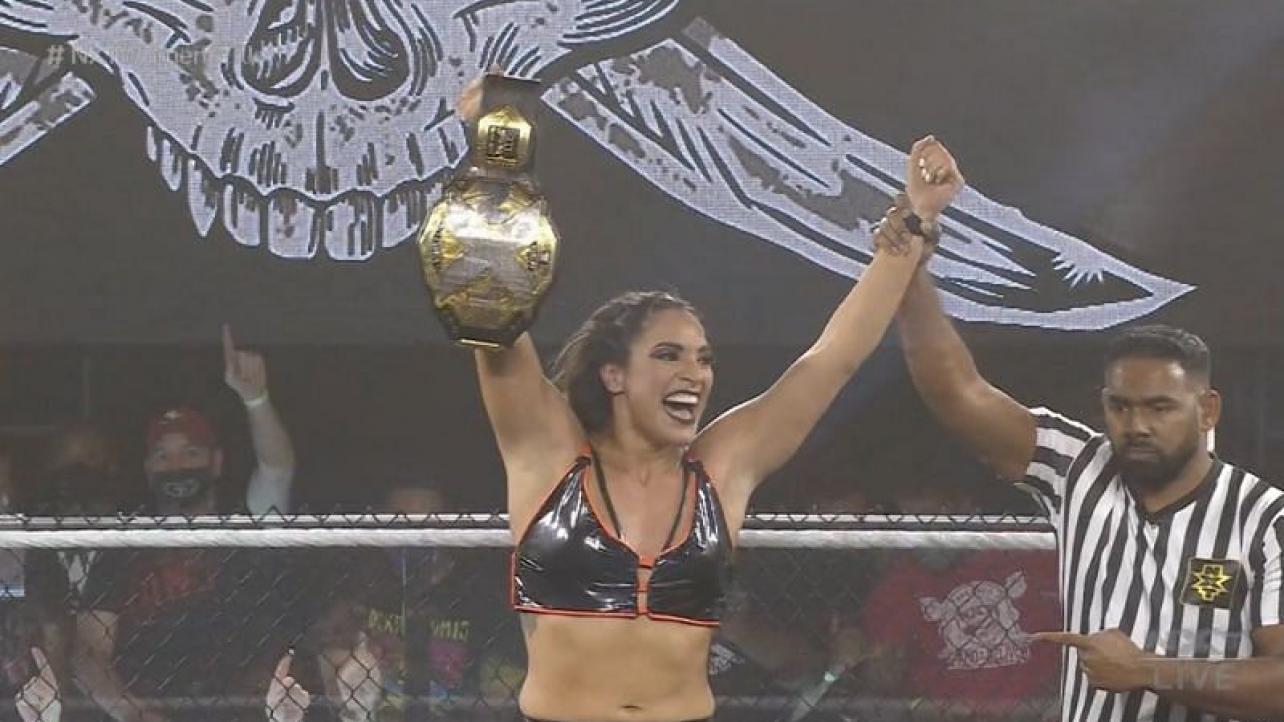 During her recent interview with Fightful, current NXT Women’s Champion Raquel Gonzalez recalled her EVOLVE 142 match against Shotzi Blackheart. Gonzalez also explained how the match impacted her own career, and more. Check out what the the champ had to say.

On the impact the match had on her career:

“At that time, I was still trying to find myself and figure out where I fit in and the picture I play for NXT. Having that No DQ match was my first opportunity to have a match of that stature. (There was) intensity and I feel like it was one of those (matches) that really brought a lot out of me that I had been holding back. It gave me the opportunity to say, ‘Look, I can do this. I’m not just big in size. I’m also strong and fierce and can scare the living crap out of you if I have to.’ It was one of those moments where I almost had an epiphany where I knew I needed to go in my career.”

On embracing the challenge of competing in gimmick matches:

“It was my first one. I’ve had a lot of firsts throughout this two year period. EVOLVE was my first No DQ match. Shotzi was my first ladder match. My first Last Woman Standing match was with Rhea Ripley. My first cage match was at WarGames. It something that you can’t really prepare for this every day. It’s not something where you say, ‘I need to build up and figure out how to do this; get on these ladders and jump off them and see what happens.’ It doesn’t work like that. You embrace it and take it for what it is and you go out there and do it. It’s really fun. I had an absolute blast to figure out how to get to the top of the ladder, and with Io (Shirai) coming out and everything happening, it was really fun. I couldn’t have asked for a better first.”