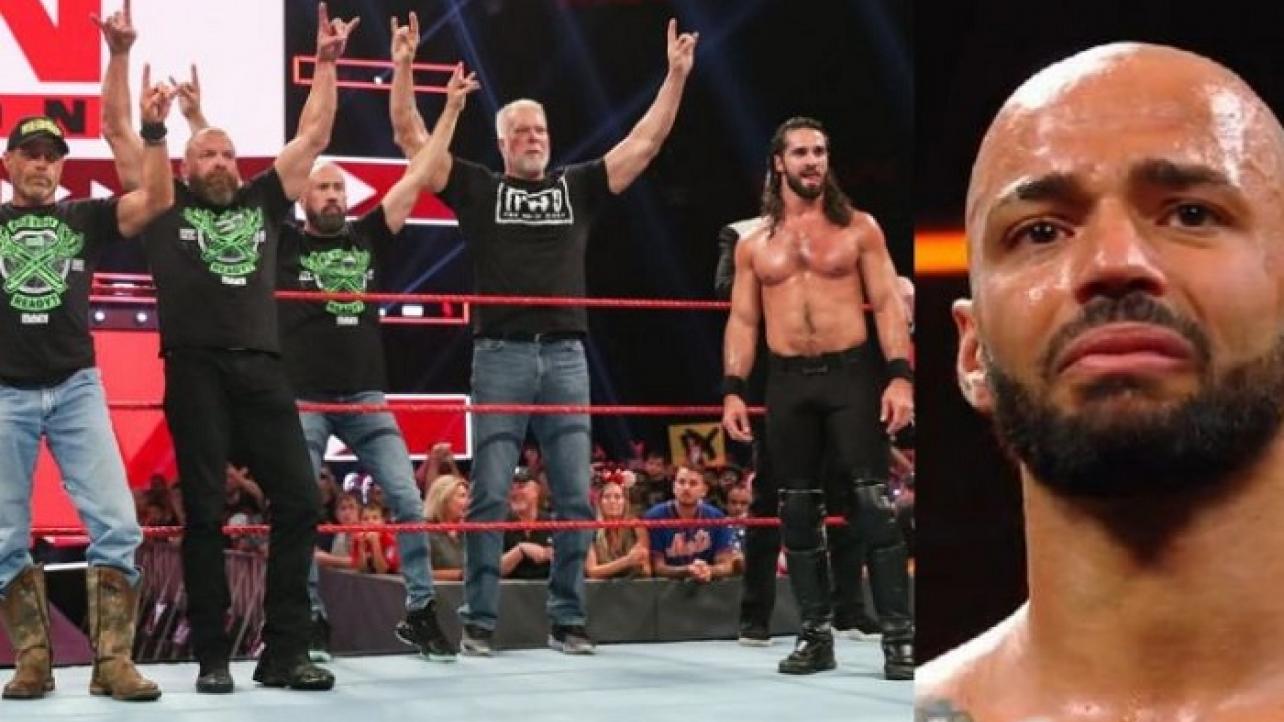 It looks like the WWE medical team screwed things up for Monday night’s RAW Reunion special more than people might realize.

In a follow-up to a previous headline about issues regarding WWE’s medical team not clearing several past and current Superstars for segments on Monday’s reunion show in Tampa, Florida, the latest episode of Wrestling Observer Newsletter editor Dave Meltzer’s Wrestling Observer Radio premium subscription-based podcast suggests that the biggest change occurred in the A.J. Styles match.

Originally, it was supposed to be Ricochet vs. Styles, however Ricochet was one of the WWE Superstars that failed to obtain medical clearance to physically perform on the show.

Meltzer noted that Ricochet was not cleared by the WWE medical team due to an elbow infection. As a result, there was a late change to replace him in the match against “The Phenomenal One” with Seth Rollins.

It was also noted that after Ricochet’s scheduled match with Styles, the plan was to give him a “big rub” from D-Generation X.

Apparently the initial plan for Ricochet’s post-match segment at RAW Reunion was to have him endorsed as “the next big thing” / “future top WWE Superstar” by the returning WWE Hall Of Fame faction.

Whether or not that plan, which obviously couldn’t happen due to Ricochet being replaced by “The Architect” in the match against Styles at RAW Reunion, was one contributed by the new WWE RAW Executive Director Paul Heyman is unclear.

It is very possible that it was, in fact, a Heyman idea, as the former promoter of Extreme Championship Wrestling (ECW) and the “advocate” for reigning WWE Universal Champion Brock Lesnar is reportedly “very high on Ricochet,” and considers him to be one of the top untapped talents on the current WWE roster.

We will keep you posted right here at eWrestling.com as additional backstage news and rumors stemming from Monday’s RAW Reunion show continue to surface.

Until then, you can also get late-breaking news and rumors on social media by following our lead WWE/AEW reporter, Matt Boone, on Twitter @MattBoone1984.

Additionally, those looking for more backstage news coming out of this week’s RAW Reunion show, check out three more articles-worth of notes and rumors below.