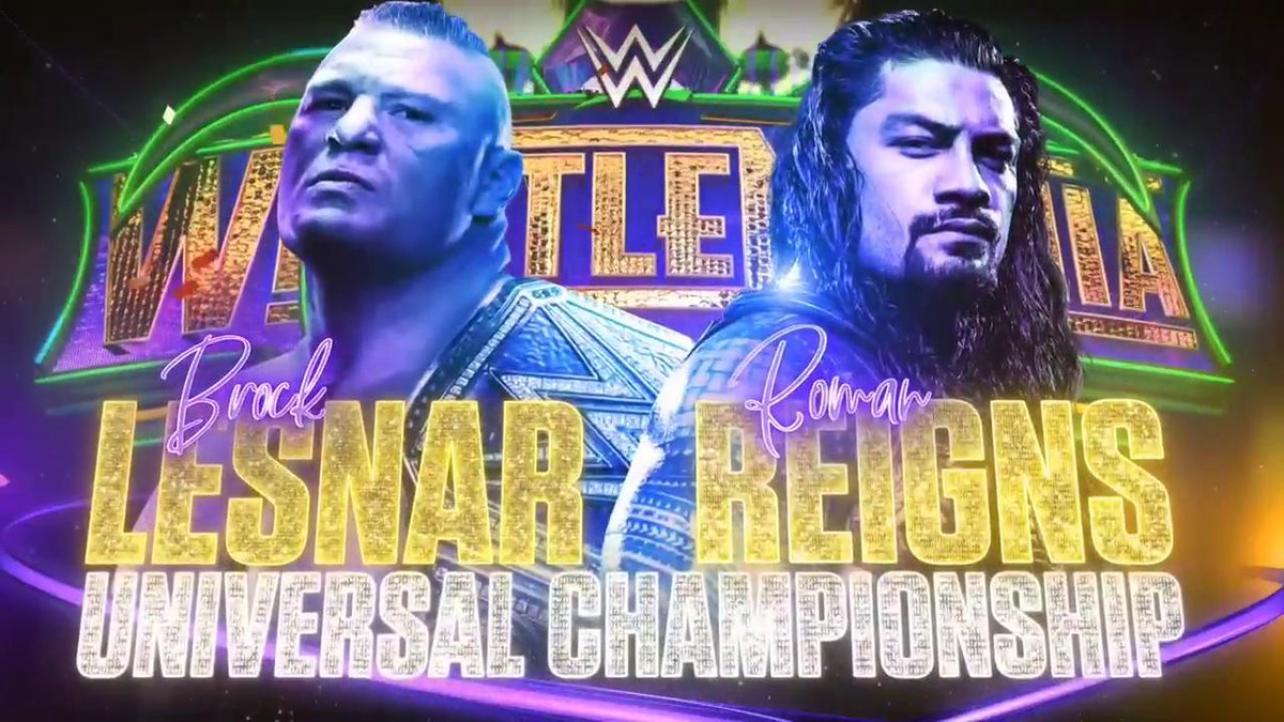 In a match that has been expected for nearly a year, Roman Reigns vs. Brock Lesnar for the WWE Universal Championship is now officially confirmed for this year’s WrestleMania 34 event.

Reigns defeated John Cena, Finn Balor, Seth Rollins, Elias, Braun Strowman and The Miz in the men’s Elimination Chamber match at last night’s WWE pay-per-view event at the T-Mobile Arena in Las Vegas, Nevada. With the win, as advertised, Reigns advances on to challenge Lesnar for the Universal Title at the biggest show of the year. It’s worth noting that the show ended last night with Strowman standing tall after attacking Reigns after the match.

As noted prior to last night’s show via Paul Heyman, Lesnar will be appearing on tonight’s edition of RAW to go face-to-face with the winner of the Elimination Chamber match, which ended up being Reigns. With that said, expect a face-to-face confrontation between Lesnar and Reigns on tonight’s show to begin the official build up to their title match at WrestleMania 34.

WrestleMania 34 is scheduled to take place at the Mercedes-Benz Superdome in New Orleans, Louisiana on Sunday, April 8th.

Check out our complete WWE Elimination Chamber 2018 report by clicking here. Find out more regarding tonight’s RAW by clicking here, and make sure to join us here later this evening for live play-by-play results coverage of the show.