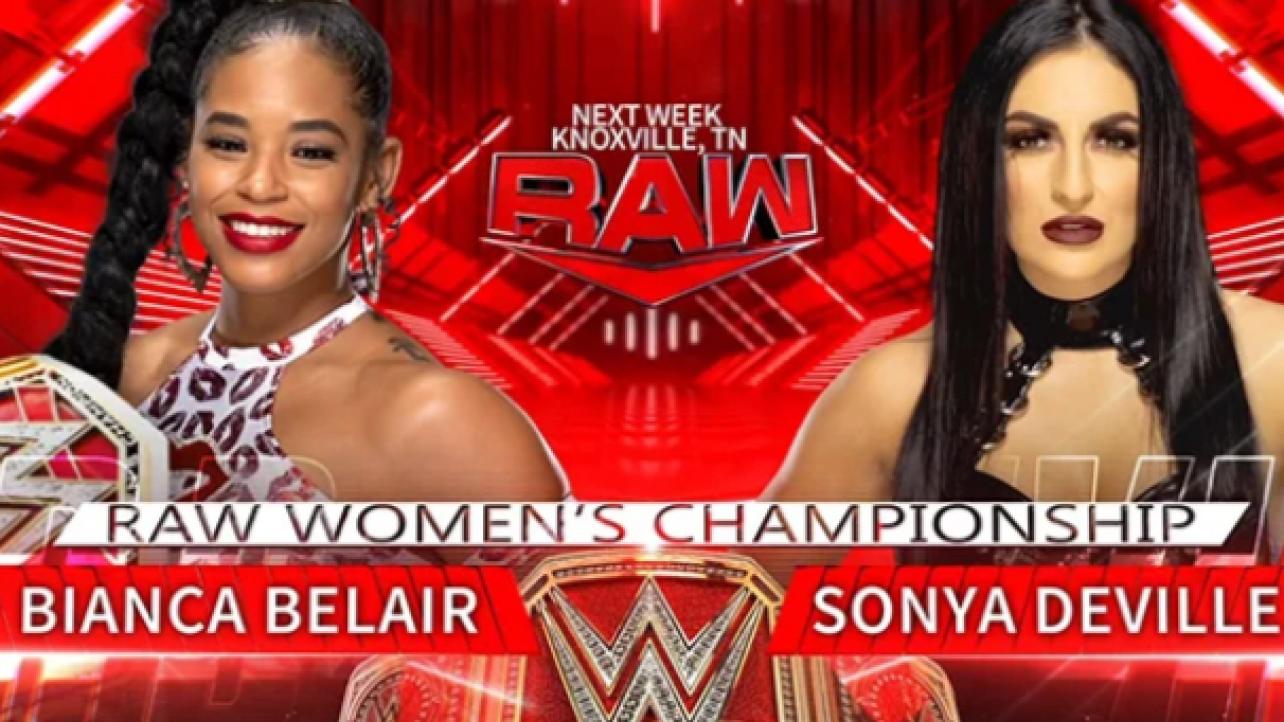 It was announced during last Monday night’s episode of WWE RAW that next week’s episode will see “The EST Of WWE” Bianca Belair defend her WWE RAW Women’s Championship against WWE official Sonya Deville. This match comes after WWE official Sonya Deville named herself as Belair’s next challenger last week on RAW after attacking The EST Of WWE from behind. Last Monday night’s episode of WWE RAW then saw an in-ring confrontation between Deville and Belair, which led to Belair lifting Deville on her shoulder and throwing her down the mat and ended up paying a fine of $1.

Next week’s episode of WWE Monday Night RAW will also see “The All Mighty” Bobby Lashley face Omos in an Arm Wrestling Challenge, which comes after MVP issuing the challenge to The All Mighty last Monday night on WWE RAW following his betrayal and attack on Lashley during last week’s WWE RAW. Next week’s episode of WWE RAW is set to take place from inside the Thompson-Boling Arena in Knoxville, Tennesse.

You can check out WWE’s announcements below: