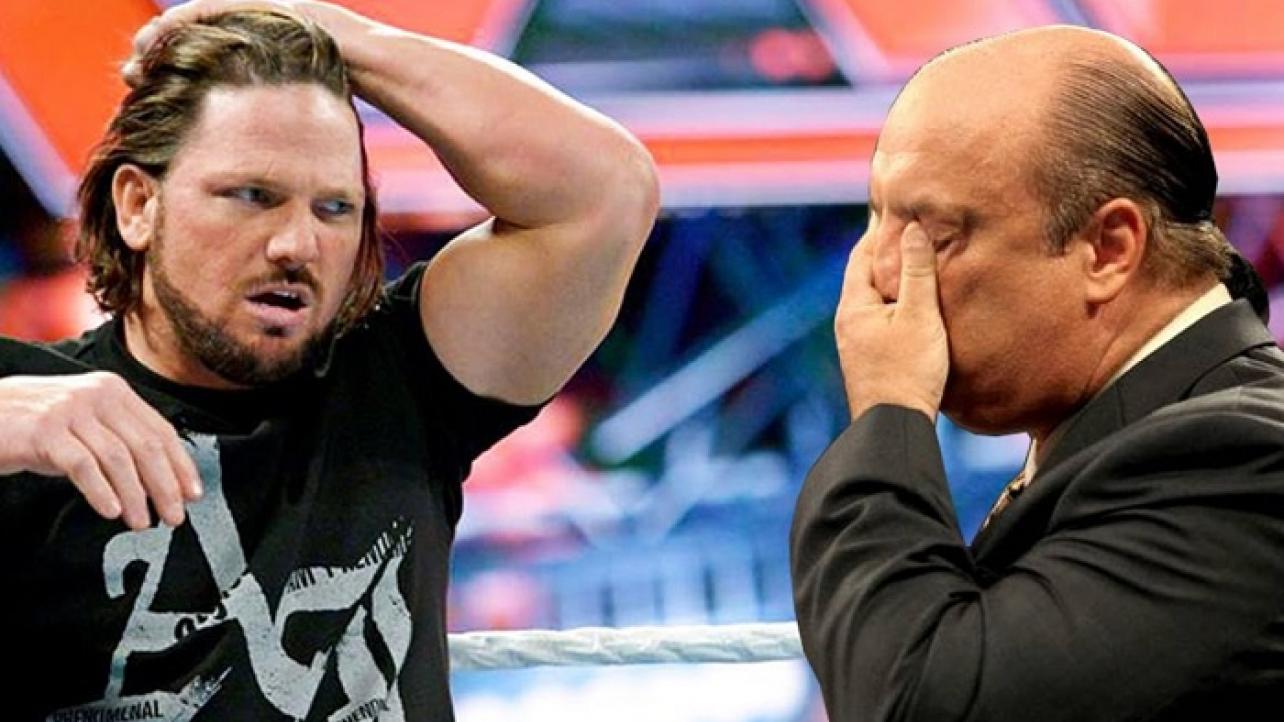 There are some conflicting reports making the rounds regarding the reason AJ Styles was moved from the RAW brand to the SmackDown crew, and how it may or may not relate to the recent WWE release of Paul Heyman.

The Twitter account who goes by Rovert (@SoDuTw) recently tweeted that he heard that the reason AJ Styles was moved to Smackdown from Raw was because he didn’t get along with now former Executive Director, Paul Heyman as well as not being able to handle the locker room banter that would make fun of his belief in politics and “conspiracy theories.”

I’ve heard a couple of versions of the story but it is all basically the same thing. AJ Styles had a horrible time on Raw. Him and Heyman didn’t get along & he couldn’t handle the banter as the locker room would make fun of him and his politics/conspiracy theories.

Dave Meltzer responded to these reports by sort of confirming that there is/was heat between Heyman and Styles, but points to it stemming from the releases of his good friends, Luke Gallows and Karl Anderson.

According to Meltzer, Styles was “furious” at the firings and blamed Heyman, even though ultimately it was Vince McMahon’s call.