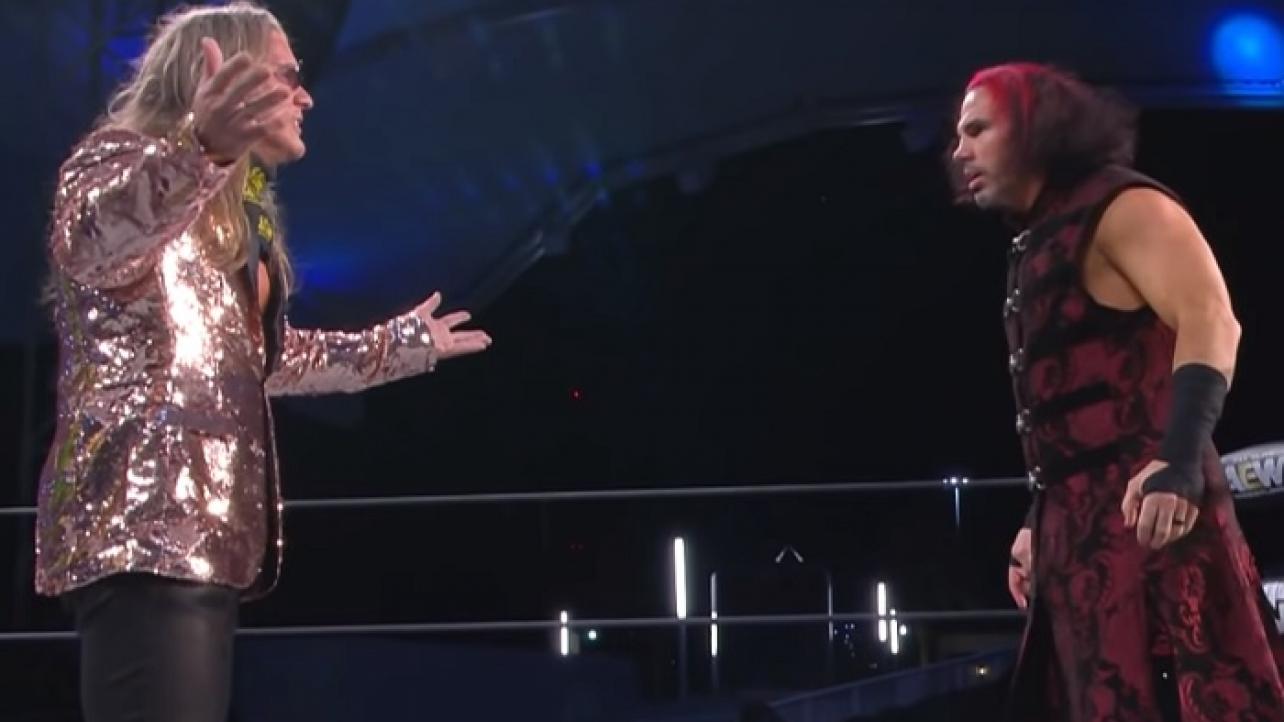 During the AEW on TNT broadcast last Wednesday, Jericho was confronted by “Broken” Matt Hardy in the main event segment of the show. The in-ring promo segment saw Jericho and Hardy eventually get physical, trading blows until The Elite and The Inner Circle hit the ring to end the show with another wild brawl to hype up their five-on-five AEW Blood & Guts match.

F4WOnline.com is reporting that the angle was actually shot more than once due to Jericho disliking their first take. The plan was to shoot it before AEW Dynamite aired on Wednesday, however due to the timing it would have been light outside.

The entire AEW Dynamite broadcast for last week was taped as a live show would be any other week outside of the aforementioned Hardy/Jericho main event segment being shot twice, as well as one match — the Darby Allin vs. Kip Sabian bout — which was also taped.

For what it’s worth, apparently the second filming of the Hardy/Jericho main event promo segment was much more well-received than the initial taping.

During a live Q&A with fans on his Facebook Live stream this past weekend, Jericho spoke about this story at length.

“They filmed it the night before,” Jericho said during the stream. “They filmed one version of it and I wasn’t there. And it we get into Wednesday and I didn’t really like the way that it turned out, it wasn’t my vision, really.”

Jericho continued, “So, we said, ‘Let’s do it again Wednesday,’ and we’ll do it right before the show starts.’ Keep in mind, there’s nobody coming into the venue. We thought we’d film this at 8, but the problem was the sun hadn’t gone down yet, so it was still fairly light inside the venue.”

Check out Chris Jericho’s complete Facebook Live Q&A from over the weekend via the video player embedded directly below.