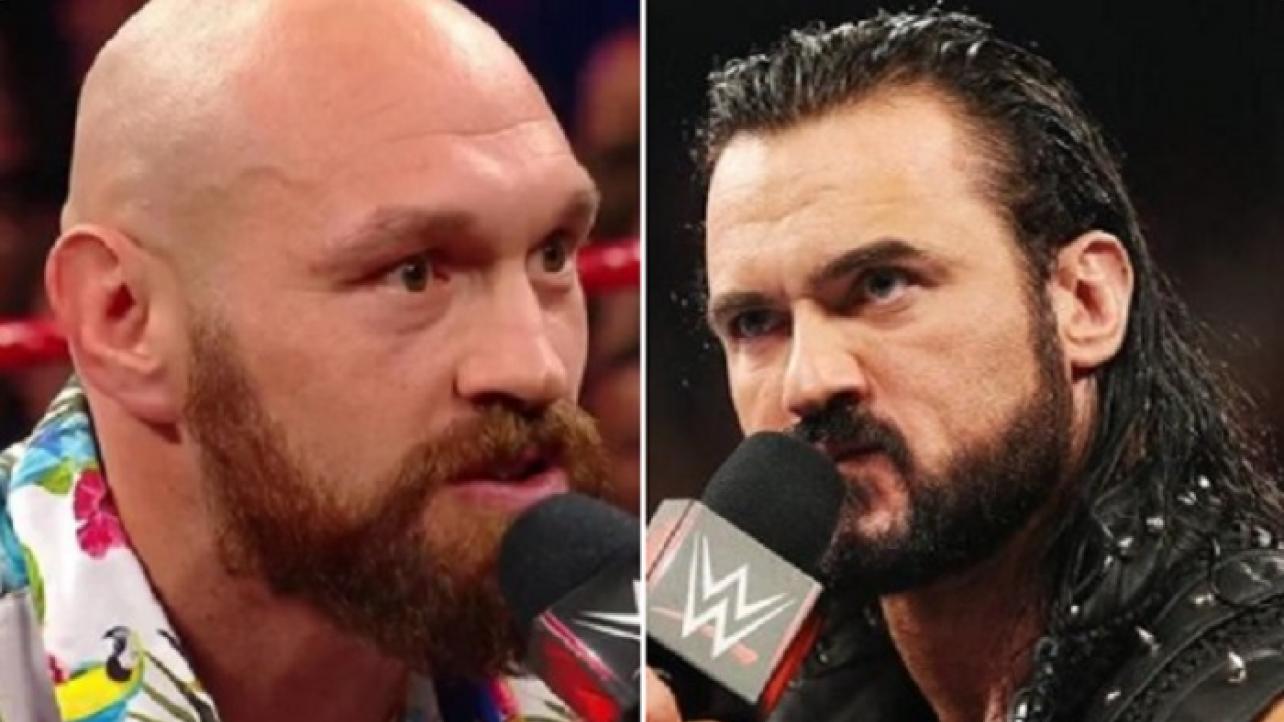 And then the Coronavirus hit.

The report notes that the two Brits were approached by WWE for the super showdown, with the intention of building up the company’s already large U.K. fanbase with two hometown heroes.

This is apparently the reason for the social media feud that McIntyre and Fury have been building, which began shortly after McIntyre was crowned WWE Champion with his victory over another crossover athlete, Brock Lesnar, at WrestleMania 36.

Originally, the British Government had intended for fans to return to live sporting and entertainment events — including stadium shows — by October, however the continued spread of COVID-19 ended up forcing the cancellation of these plans.

We will keep you posted here at eWrestling.com as additional information surfaces regarding the rumors of WWE working on a “Crossover Dream Match” between WWE Champion Drew McIntyre and Boxing Heavyweight Champion Tyson Fury.

Another great way to keep up with late-breaking news updates and additional pro wrestling, MMA and boxing coverage is by following our own eWrestling.com lead reporter and co-president Matt Boone via Twitter @MattBoone1984.

For now, check out the following trio of headlines related to this story here at eWrestling.com, as we provide a timeline breakdown of the back-and-forth challenges WWE Champion Drew McIntyre and WBC Heavyweight Champion Tyson Fury have made to each other since “The Scottish Psychopath” first caught the attention of “The Gypsy King” after he captured the richest prize in WWE from “The Beast Incarnate” back in April.

FURY vs MCINTYRE in BOXING vs WWE Dream Match

We’d also like to hear from you! What are YOUR thoughts on a potential “DREW MCINTYRE vs. TYSON FURY” showdown in a “WWE vs. BOXING DREAM MATCH” battle between the two premiere athletes in sports and entertainment today? Sound off in our “Comments” section here at eWrestling, which is available below.

Also featured below are a list of our interactive and/or social channels, which include the aforementioned Disqus comments section, our official Twitter feed and our official Facebook page.

WHAT DO YOU THINK OF MCINTYRE VS. FURY IN WWE?