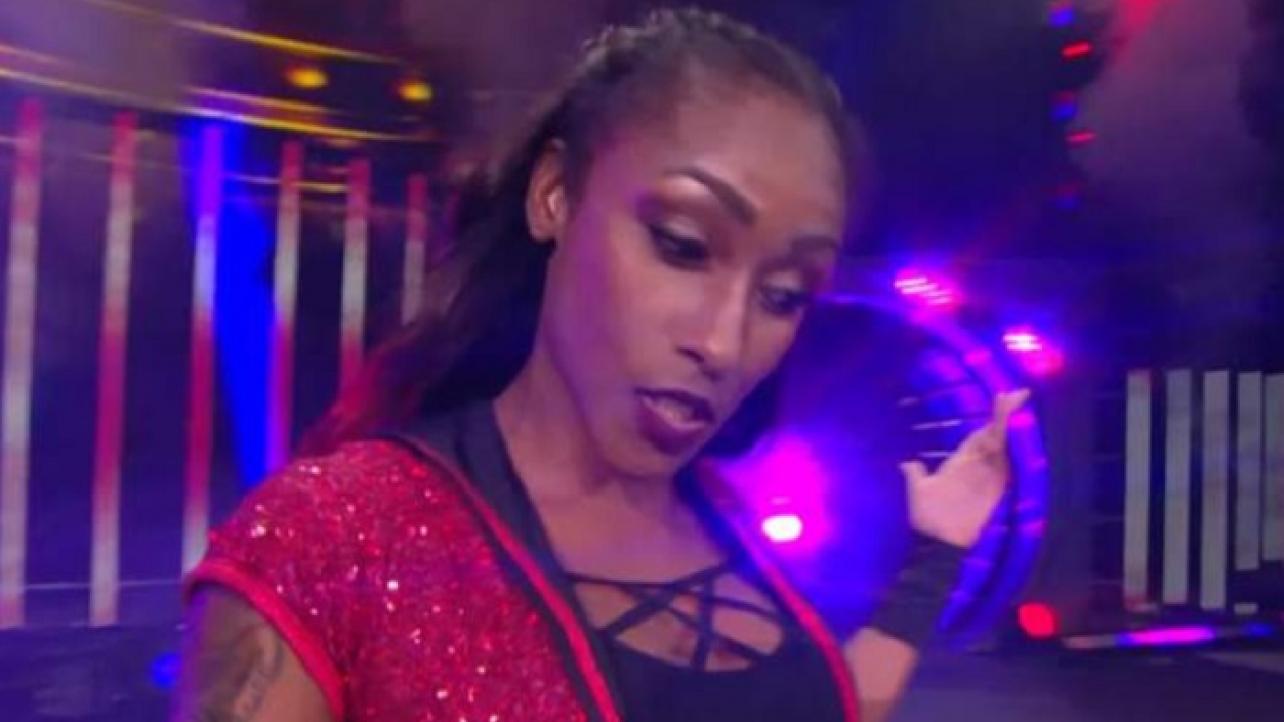 As noted, Red Velvet recently appeared as a guest on the AEW UNRESTRICTED podcast with Tony Schiavone and Aubrey Edwards to promote her upcoming tag-team match alongside Cody Rhodes against Jade Cargill and NBA legend Shaquille O’Neal on this coming Wednesday night’s episode of AEW Dynamite on TNT.

During her appearance on the program, the AEW women’s division competitor spoke about trying out for WWE Tough Enough back in 2015, being focused for her role in the aforementioned featured tag-team bout that includes NBA legend Shaquille O’Neal and more.

Featured below are some of the additional highlights from the new Red Velvet interview on the official AEW UNRESTRICTED podcast.

On being focused on the big tag-team match including Shaquille O’Neal on the 3/3 episode of AEW Dynamite on TNT: “Well, of course in-ring training just to keep my cardio going and stuff like that. Mentally, I’m trying to get myself ready because it was a big thing to not let myself get caught up in how big this match is gonna be or who’s in the match or how much attention the match is gonna get. So, I’m trying to mentally disconnect from all of that and just focus on the task at hand.”

On trying out for WWE Tough Enough back in 2015: “I stepped away from wrestling before that because I was training to become a professional dancer. So, dance took over my life, and I had stopped watching wrestling. Then I flipped the channel, and you have Triple H making the announcement that they are doing Tough Enough. Anybody can do it, you don’t have to be a professional wrestler, you just have to show that you’re tough enough. So, I went on and did the YouTube video, and it took off. They showed it twice on SmackDown. I remember somebody woke me up to the video footage of my video. And then I had a follow-up Skype interview with a producer. So, I had made it through round one, and then she asked me to send over some professional photos. At the time, I didn’t have any professional photos. I had like selfies. I had selfie-type, which were horrible. So, I didn’t make it on the show, but I think I’m a big believer of everything happens for a reason. That was I think the bullet point that stuck for me to start wrestling. Then after, it just took off, and people were like ‘Why don’t you do it? You should do it.’ I said, ‘Yeah, you know, you’re right.’ So, I started looking up schools. I didn’t even know wrestling schools existed. I had never thought about how people became wrestlers. When you see these celebrities, it almost feels like something that is so far that you don’t even know how to get there. Yeah, it’s unobtainable…..I think not making it on the show was the best thing that happened because it opened up my eyes to how much potential I had to become a wrestler. And then I joined the school and started wrestling.”

Check out the complete Red Velvet interview from the AEW UNRESTRICTED podcast via the media player embedded below, or by visiting Omny.fm. H/T to 411Mania.com for transcribing the above interview quotes.