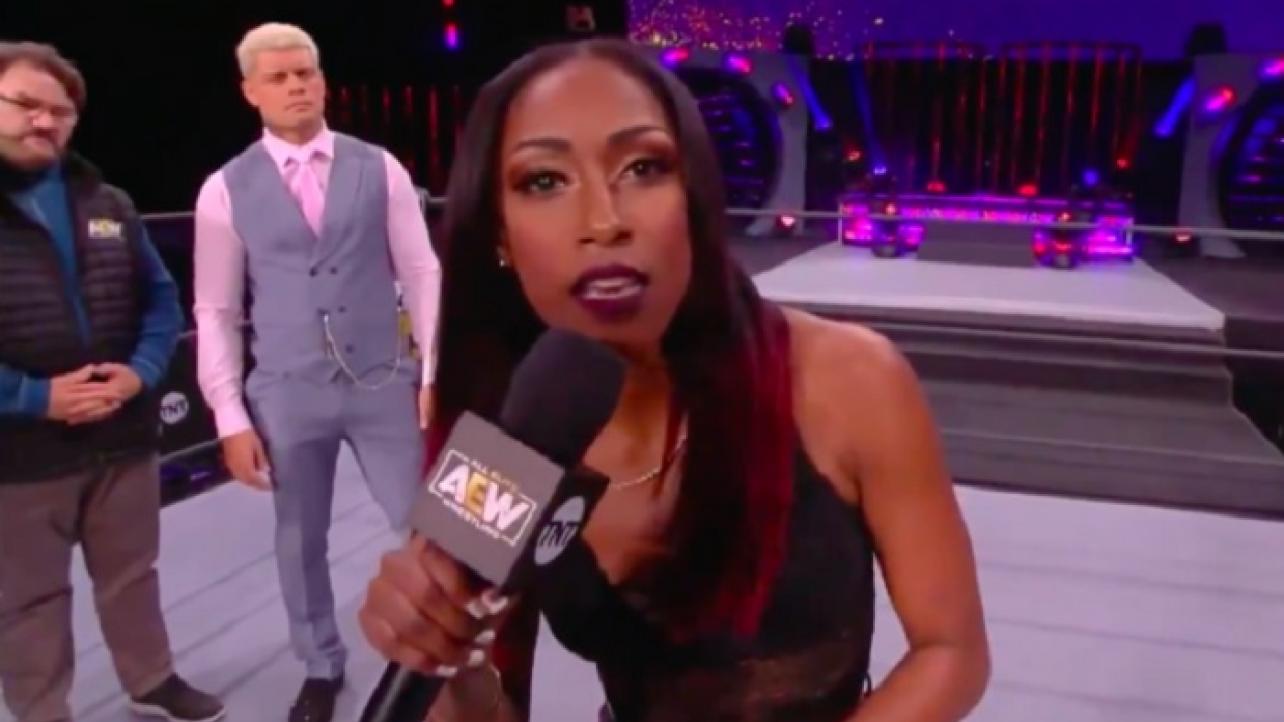 Red Velvet recently appeared as a guest on the AEW UNRESTRICTED podcast with Tony Schiavone and Aubrey Edwards for an in-depth interview covering all things pro wrestling.

During her appearance on the show, the AEW women’s division competitor spoke about her upcoming tag-team match alongside Cody Rhodes against Jade Cargill and NBA legend Shaquille O’Neal on next week’s episode of AEW Dynamite on TNT and more.

Featured below are some of the highlights from the interview, which were sent to us by AEW to promote their official podcast.

On the upcoming match against Jade and Shaq: “She’s a great athlete. Body is impeccable so that’s the first thing people see, and they’re like, ‘Oh yeah you don’t stand a chance,’ but I’ll show them what I’m really about.”

On stepping in for Brandi for the match against Jade and Shaq: “I think it was only right for me to step in and have her back… I’m excited to finally shut Jade up.”

Check out the complete Red Velvet interview from the AEW UNRESTRICTED podcast via the media player embedded below, or by visiting Omny.fm.