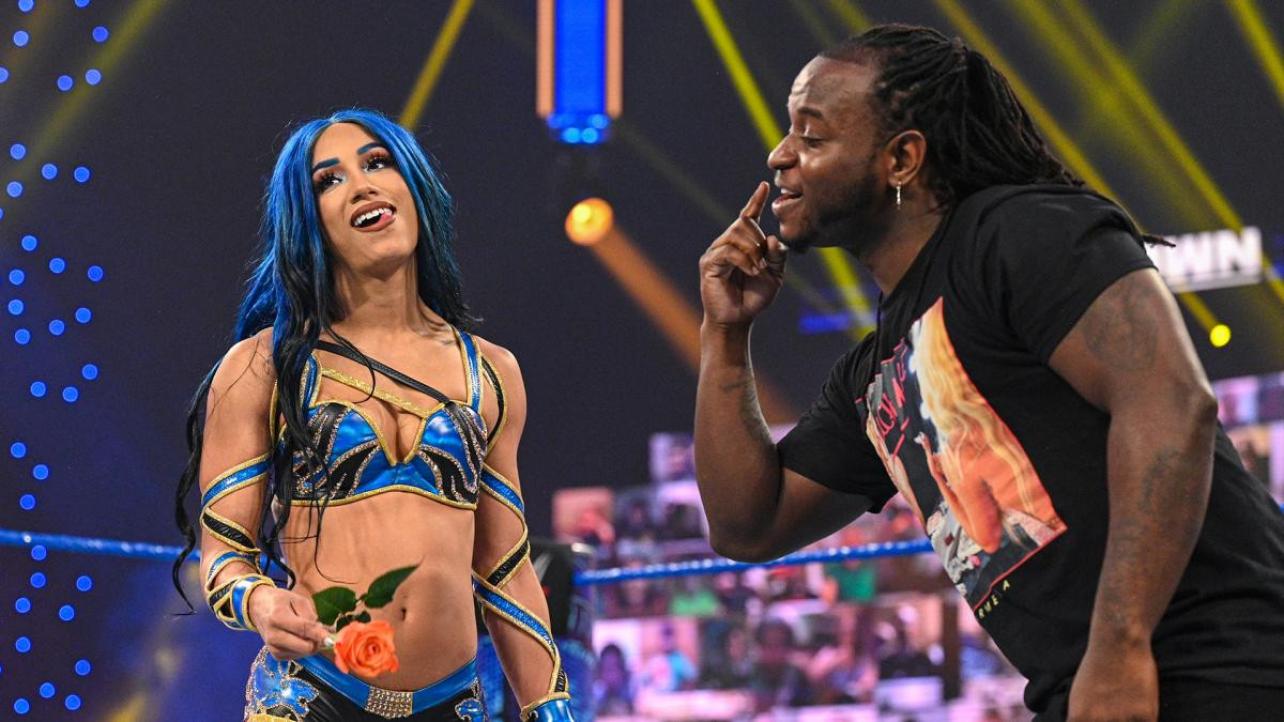 Reginald recently appeared as a guest on the Out Of Character with Ryan Satin podcast for an in-depth interview covering all things pro wrestling.

During his appearance on the popular pro wrestling program, the WWE Superstar spoke about Sasha Banks and Carmella being instrumental in his run with the company.

On most of his character being his true self: “Actually pretty much 100% of that character is me. It’s quite funny because I didn’t have much direction when first was introduced to SmackDown, I was just the sommelier and whatnot. And they didn’t tell me how to act or what to do, it was just do these certain things with Carmella and whatnot. But come to find out, I actually spoke French. I went to school in Montreal, I traveled around France, and I love fashion, I love suits. And so I just put all of those things into that character and it worked so well.”

On Sasha Banks and Carmella being instrumental in his WWE run: “I tell people all the time, see, it’s normal for a guy to go up and go directly to the guy’s division. That’s the blueprint or whatnot. But I was able to see it from the outside and see how the women’s division operates. That’s a different dynamic, there’s so much love. It’s a different energy, for sure. Those women, I mean, I was just getting constant daily nuggets from Sasha, Carmella, working with TJ [Wilson] because he was the main producer for a lot of the women’s matches and it was so so much fun. I mean, it’s one thing of learning in the PC, with other students, they’re better than me, but some of that on my level, then picking the brains of some of the best women wrestlers in the world and some of the best wrestlers in the world. It was incredible and they were always telling me certain things, ‘Just stay humble. Stay at it. It’s all a process. Once I realized all of that, ‘You know what, I’m here to do a job.’ I wasn’t meant to be the star of anything. It was me to help be the sommelier, be annoying, be funny with Nia, and fall in love with Sasha, all these different things. I knew what I had to do. I’d say, I’m gonna do that part really well, nothing more, nothing less. I couldn’t be more thankful. I wouldn’t change that path for anything in the world. If someone can tell me say, ‘Hey, you can go and debut in as this way and win a title, whatever.’ I don’t think I want to do that. Because you learn so much along that way working with these incredible people that you can’t take for granted those lessons, and it’s great to be thrown into the spotlight right away. But I learned so many lessons along the way. If I’ve known anything in life, those lessons that you learned throughout the long journey, those are way more important than the destination because the destination is great. But the things that you learned throughout the journey are what make that destination.”