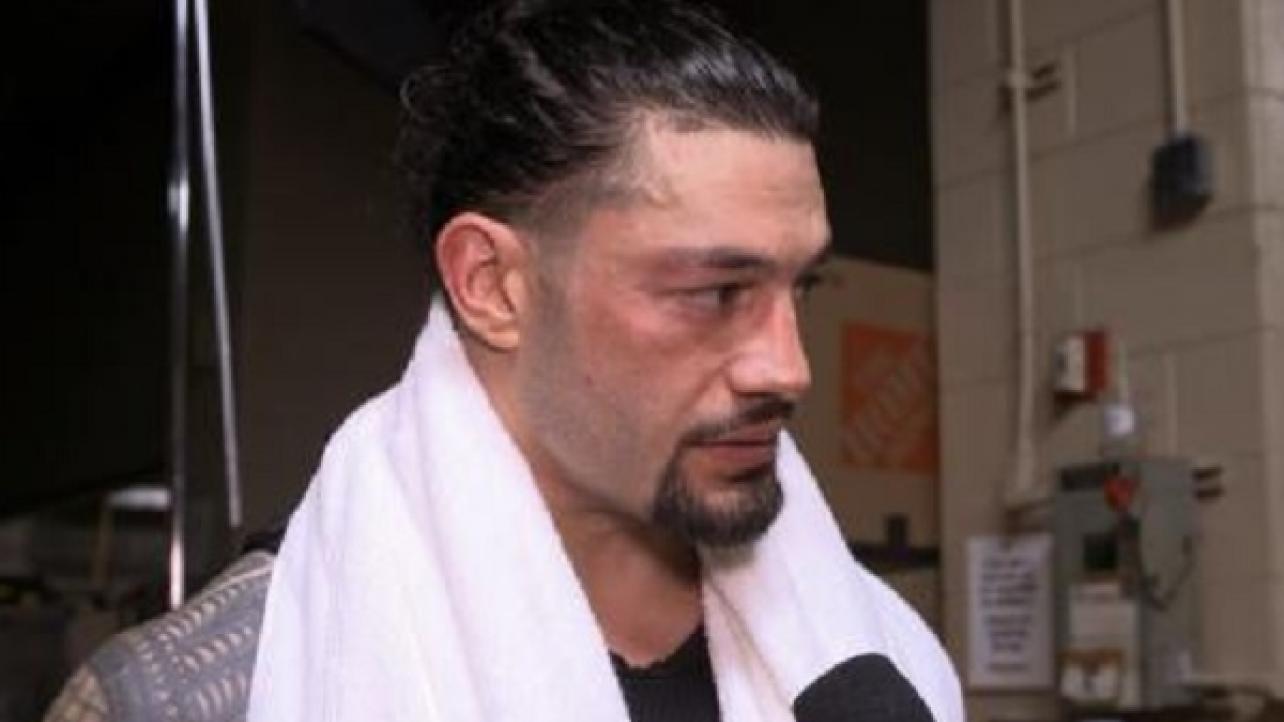 Ahead of this Sunday’s WWE SummerSlam 2019 pay-per-view, WWE veteran and along with Becky Lynch, one-half of the cover stars featured on the new WWE 2K20 video game — Roman Reigns — spoke with Sport1.de for an interview. Featured below are some of the highlights.

On whether or not he views himself as WWE’s locker room leader: I think so. At times leaders don’t call themselves leaders but everyone knows who the leader is. I take great pride in the continuity of what we do. Whether it’s in the locker room, whether it’s adequate respect, treating people how you wanna be treated all the way to respecting what we do when performing and not taking away from other performers. This place has given me so many opportunities, it’s changed my life. I’ve been progressing in life, becoming a better person, a better man. Any focused professional is gonna protect what he cares about.

“The NFL teams didn’t want to take a chance on me, WWE did. I’ll be damned if anyone is gonna disrespect what we do here, especially within our company. If you’re within our walls, within our locker room and not handling your business the right way, I have no problem with stepping up. I fear no man and if you don’t like what I’m coming from, there’s a couple of options we can do. I firmly believe in the history that my family has had in this business, the relationship they had with the McMahons and WWE. And I’ll be damned if anyone disrespects our way of life. I’ve been fed and I fed my family for years now from this meal plan and I’m not gonna let anyone step on that. If that makes me a locker room leader, then yeah, you can call me that.”

On AEW being competition to WWE: “I think [Seth Rollins] is being generous in calling them a competition. I don’t want to get too deep into this… I said it before, it’s an option and that’s great for professional wrestlers, pretty cool for fans. Before my family was WWE only, we’ve been a territorial family. You had to move, work with different promotions and territories. I’m always gonna be pro pro wrestler, but at the end of the day, WWE is my home, it’s what I represent and we’re so far ahead.

“You can see it in other shows. It’s not easy to have a clean production, you have to have a lot of experience. Our talent is top-notch, we’ve got main eventers for days, but it also is our crew. They’re busting their asses all night to get the show running. There’s so many people that make this place work. When you see other people out there tryin’ to do it, you see the flaws and it makes you respect what we do even more. It’s easy to complain and to say this and this on paper, but when it’s time to go out there and actually do it, nobody will do it like WWE. Period.”

Check out the complete Roman Reigns interview at Sport1.de.