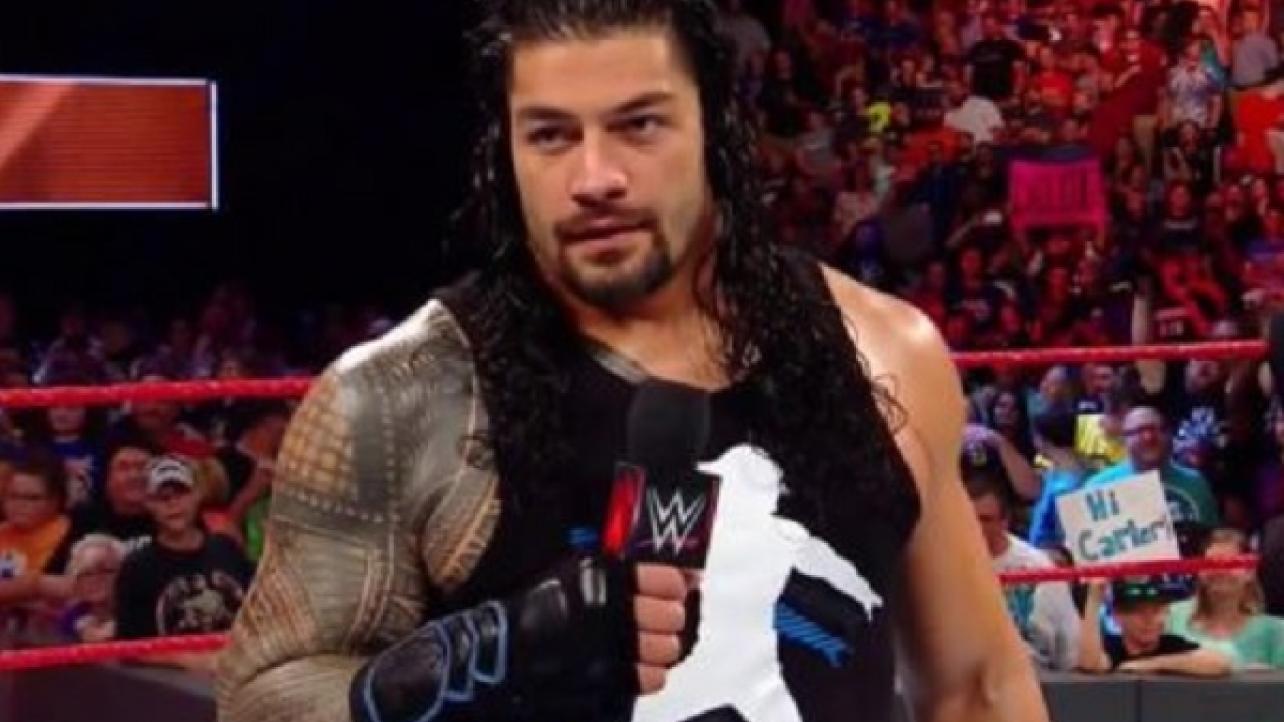 WWE Intercontinental Champion Roman Reigns recently spoke with Sport360.com to promote WWE’s return to Abu Dhabi for a pair of live events on December 7th and December 8th. Below are some of the highlights from the interview.

On wrestling Triple H again at the upcoming Abu Dhabi show: “Going against Triple H, I think that speaks for itself. We were the main event of the largest WrestleMania of all time and we are proud to be able to bring this to the WWE Universe in Abu Dhabi. I can guarantee we are going to put on a spectacular show.”

On his “ups and downs” inside the squared circle thus far in his young career: “It’s been an awesome roller-coaster ride and I can’t wait to see what the future holds for me. I am grateful for all the opportunities and the things I have been able to enjoy and achieve. It’s been a great run thus far.”

On not trying to be “the next” anyone, but instead “the first” Roman Reigns: “I never look at it as being the next anybody, I just want to be first Roman Reigns. It’s very flattering, you’re in good company when you are being compared to John Cena and Dwayne Johnson (The Rock), but all I can be is me, all I can be is Roman Reigns and that’s all I want to be.”

Check out the complete Roman Reigns interview at Sport360.com.