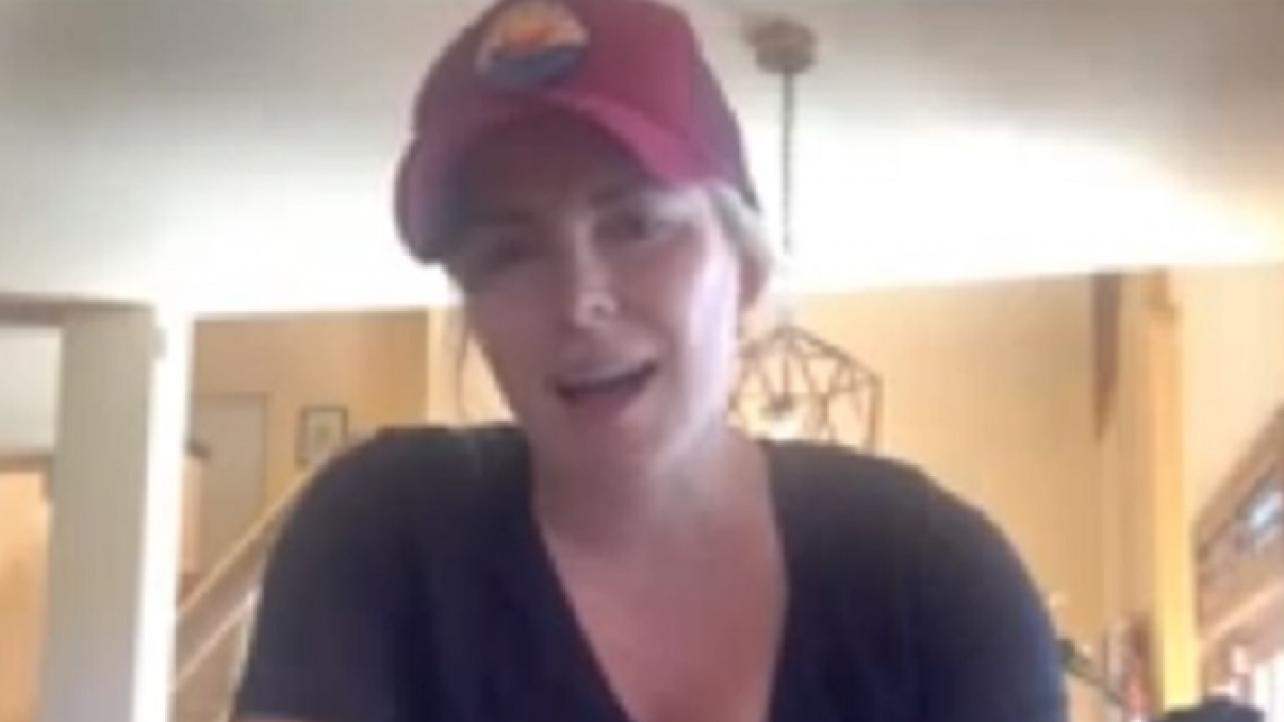 Renee Paquette recently appeared as a guest on the Wrestling Inc. Daily podcast for an in-depth interview with Nick Hausman covering all things pro wrestling.

During her appearance on the popular pro wrestling program, the former WWE broadcast team member spoke about inviting Vince McMahon to appear on her podcast, the criticism commentators receive from wrestling fans, her cook book and more.

On if she has an update on Vince McMahon possibly appearing as a guest on her “Oral Sessions with Renee Paquette” podcast: “No, he did not get back to me. No response but I do have his email. I can get his phone number. I kind of pushed pause on that a little bit because I’ve been busy. We’ve had so many great guests, but I would love to have any McMahon on the show. Any McMahon is welcome on my show.”

On what she would be interested in talking to him about: “I guess I would just talk to him about some of the visions that he has for things and just being able to pick his brain,. I mean, being able to sit in production meetings with him for a year plus, and getting to just see how his mind works and trying to understand how his mind works, I think I would just have a lot of questions about how he runs the shows. Even from the commentary standpoint about what his vision is for that because good god is that ever a hot seat to be in.”

On the training the commentators receive in WWE: “When you’re in that world, everything is about the wrestlers, which I understand, but there are more parts to this machine to make it run smoothly and to discredit the performance of being a commentator or a referee is really doing a disservice to the hard work that everyone wants to do. I mean, there’s so many people that want to be there that want to do a good job, but there’s no training wheels. There’s no shallow end. You’re thrown in, and it’s either sink or swim. And it can just be really difficult. I think even from the commentator standpoint, it’s funny because everyone assumes that, well, you should just be good at. Well, no, it’s not that. You’ve also got someone talking in your ear the whole time. There’s all these crazy expectations. The fans can be voracious when it comes to that. It’s a really tough spot to be in. It’s a really tough spot to succeed in.”

On fans being critical of pro wrestling commentators: “It’s humbling to say the least. It really messes with you because it’s not like I went in there being like, ‘I know what I’m doing.’ I didn’t know what I was doing. They asked me to come in and commentate on Monday Night RAW, so, what am I gonna say? No? No, of course I’m going to go do my best and try to figure it out, and I will give credit to WWE big time here is that they let me stay in. Everything that I had done in WWE at that point, people have been so gracious to me, and the fans have been really really cool to me and accepting of me, so that’s been awesome. I stepped in there, and it’s like, ‘Actually, we hate you.’ I’m like, ‘No, that’s not what I wanted,’ but you gotta grow. You gotta try things, and it’s fine. It’s tough to be in a position like that, and it’s tough to feel like you don’t want to do a bad job. I don’t want to do a disservice to a story that is being told on television. Everyone’s putting in so much hard work. So everyone just wants to do a good job, and everyone’s just really mean to everyone on commentary. Give the guy a break. He’s figuring it out. It just sucks. There’s no way around it. Also, everyone just lives in that mind frame of ‘oh, we just JR. We just want Jerry The King Lawler.’ People want what they’re familiar with. As much as we crave change and we’re looking for change, we also are freaked out by change.”

On the release of her cook book: “It blows my mind. I can’t believe that this germ of an idea I had like, ‘I really wanna have a cookbook. I should have a cookbook. I’m qualified to have a cookbook.’ To actually have the book now, I’ve got copies of it at the house. It’s gonna be in people’s homes so soon. It’s just such a surreal thing to really take a step back and look at of just really wanting to do something and making it happen, and now it’s here. It’s fantastic. I’m so proud of this book. It’s so much of me. There’s so much of my personality in it. It is authentically Renee Paquette. People of known Renee Young for such a long time, but now to give them a little bit more of Renee Paquette I think is really cool, so I’m really excited about that.”

Watch the complete interview via the video embedded below courtesy of the official YouTube channel of the show, or by visiting WrestlingInc.com.