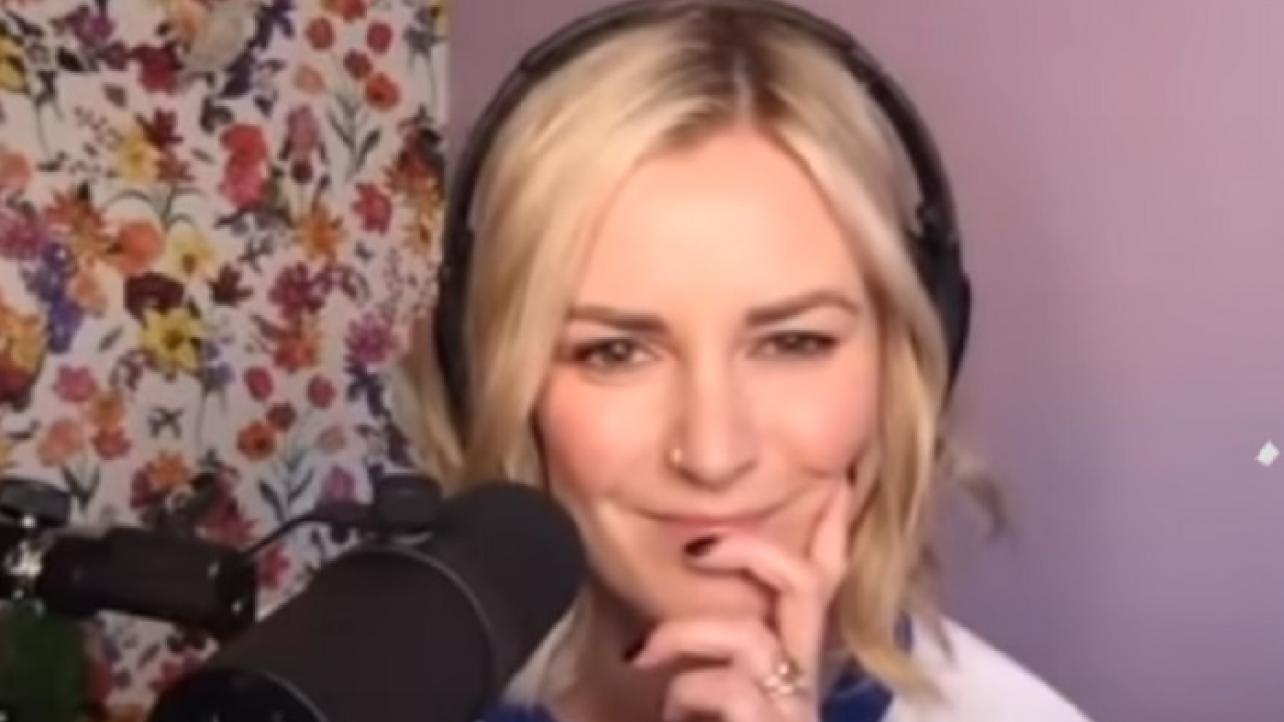 Renee Paquette appeared as a guest on the latest edition of Busted Open Radio for an in-depth interview covering all things pro wrestling.

During her appearance on the popular pro wrestling program, the former WWE broadcast team member and better-half of AEW star Jon Moxley spoke at length about why she didn’t like Undertaker introducing Pitbull at the music concert held in Saudi Arabia the day before WWE Crown Jewel, and why she feels those types of appearances tarnish the legacy of “The Dead Man.”

Featured below are some of the highlights from the interview where she touches on these topics and more with her thoughts.

On not liking the idea of Undertaker introducing music artist Pitbull at the big concert in Saudi Arabia due to the obvious differences she sees in the two performers: “I just feel it should’ve been somebody else introducing him. I feel like seeing the Undertaker, in the big black hat, in full Undertaker gear, introducing ‘the 305, the Grammy Award Winning artist.’ Bringing on Pitbull that way, I feel it could’ve been somebody else. I don’t know what the full crew is that is in Saudi Arabia right now, but I feel like maybe somebody else could’ve been better for that job. Not that Undertaker did a bad job, that’s not what I’m saying. I feel like it could’ve just been a great, happy go lucky babyface. Maybe, I don’t know, who from the New Day is there? That’s what we want. That’s how you want to involve Pitbull in the show in Saudi Arabia.”

On not knocking Undertaker with her criticism and still being a huge fan, but feeling these types of appearances are bad for his legacy: “I love the Undertaker as much as everybody else. Huge fan, but did we already kind of start to lose a little bit of that mystique with the retired, not retired, he’s back in the ring and we’re seeing him in these unfavorable situations. Have we already done that? It needs to stop, I think it needs to stop. We all have little goldfish brains; we can forget things and we want to remember The Undertaker as The Undertaker. I think we can all get back to that to a certain degree. If you keep doing these things, it’s kind of hard to get back to that. I don’t want to believe that the Undertaker knows who Pitbull is. The Undertaker introducing Megadeath or Slayer or Metallica, I can get on board with that. It is just the position of different genres that I’m just not down to clown with. I don’t like it.”

On if it’s possible that her issues with this have anything to do with a potential generational gap between herself and newer fans who might not have any issue with the appearance in terms of Undertaker’s legacy: “It could be. I guess maybe it could be. I don’t know. But I think anyone who is a wrestling fan, and wrestling fans love to know the history of things, love to know the ins and outs of all their favorite characters. I do understand the social media side of things and having the documentaries and being able to see little glimpses into these superstar’s real lives and whatnot. I get the lure of that. But let’s protect things a little bit. That’s what the business is about, right? Protecting these things, keeping these characters larger than life. I don’t want the Undertaker to be on the same level as me. He’s the Undertaker. He’s much better and cooler than me.”