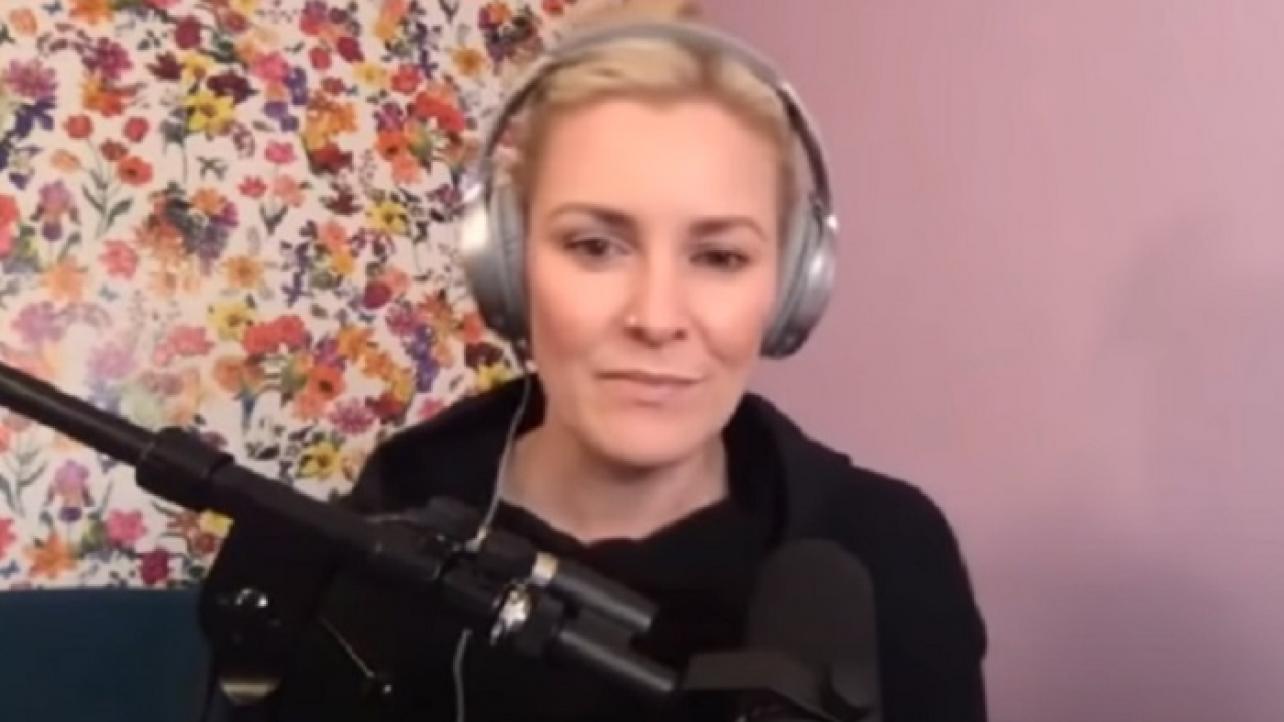 During the discussion, she spoke about Jon Moxley’s upcoming showdown against Nick Gage, who she would have in her corner if she had an MMA fight and more.

On Jon Moxley’s upcoming match with Nick Gage: “I just kind of grit my teeth and bear with it. I watch everything because I’m mostly keeping an eye to see what level of insanity we’re really working with so I can yell at him once he gets back home. Because he scares the s—t out of me. Especially with a guy like Nick Gage. These two are going to absolutely push the envelope and do some terrifying things. But it’s his expression of art so I get to enjoy it all.”

On who Renee would have in her corner for an MMA fight: “My husband [Moxley] for sure. I feel like his s—t talking skills are something I need a little bit more. I just like his swagger for my entrance and feel like I can lean on him for that. Josh Barnett chimed in on Twitter saying he thinks he can scrounge up enough change from the couch cushion for me for this fight that I’m conjuring up. I think he would be a great person… I think Miesha would have to be the third, of course.”

Check out the complete interview at MMAMania.com.