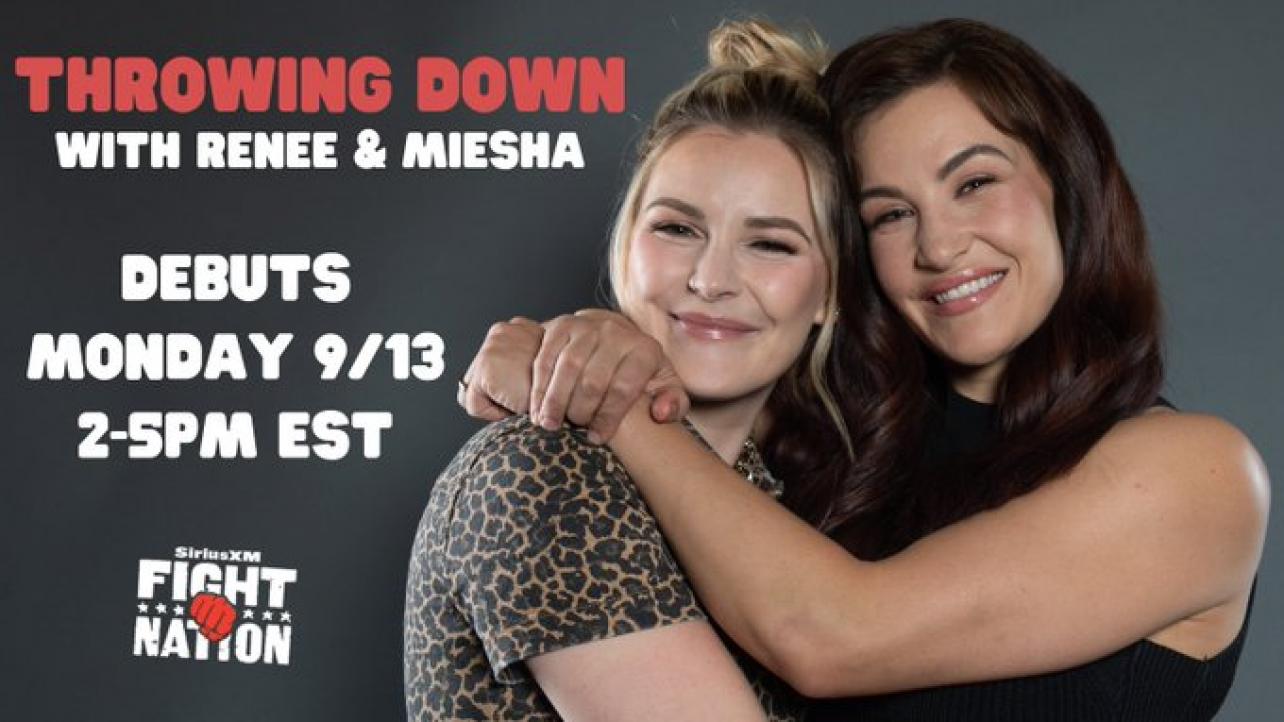 Renee Paquette Teams Up With Miesha Tate For New Show

Renee Paquette is teaming up with a face familiar to UFC fans for a new show.

On Thursday, the former WWE broadcast team member took to social media to comment on the announcement of a new podcast she will be hosting alongside former UFC and Strikeforce Women’s Champion Miesha Tate.

Paquette noted that this will not affect her “Oral Sessions with Renee Paquette” podcast that is already in rotation.

Check out the announcement and comments from Renee Paquette and Miesha Tate regarding the new show via the tweets embedded below.

ANNOUNCEMENT : so pumped to be working alongside @MieshaTate and @SIRIUSXM! Catch us this Monday!! “Throwing Down with Renee and Miesha” https://t.co/8ppkjo3yim

This launch has been in the work for months and I’m so excited to announce it!! @ReneePaquette https://t.co/sAupARTolG

Renee Paquette Teams Up With Miesha Tate For New Show