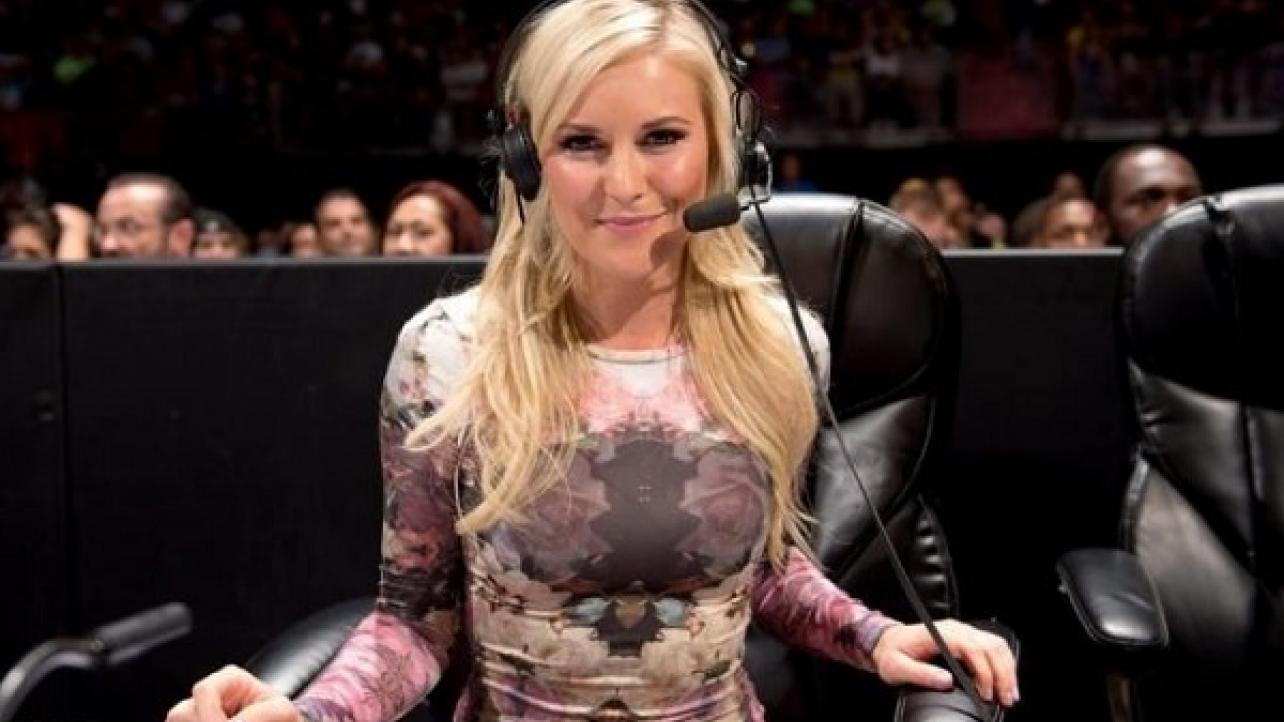 WWE RAW and pay-per-view announcer Renee Young recently appeared as a guest on the Regular Girls podcast with Stacey McGunnigle and spoke about the process of going over her commentary with other WWE broadcast team members to get notes and advice on things she should change about her approach.

“So I’ve been working each week — I work with Tom Phillips, this week I worked with Vic Joseph — but we’ll go back and watch [and] listen to my commentary on RAW or on a pay-per-view or whatever and like, dissect it,” Young said during her appearance on the podcast. “They’ll give me pointers, et cetera, et cetera, and it’s extremely beneficial to me.”

The WWE broadcast team member added, “But yeah, that was kinda the note where they’re like ‘You don’t have to talk as much as you think you need to talk. Maybe just sit back and listen a little bit.’ I was like, ‘Okay.’ And that’s like, really no easy task for me. I’m so used to being like, the talker. And keeping the ball afloat. So when I don’t have that ball, to keep it afloat, I think that’s an uncomfortable spot for me and then I end up, just like…diarrhea of the mouth because I don’t have a firm grasp on what’s happening.”

For the complete Renee Young interview from the Regular Girls podcast, click play on the audio player embedded below.