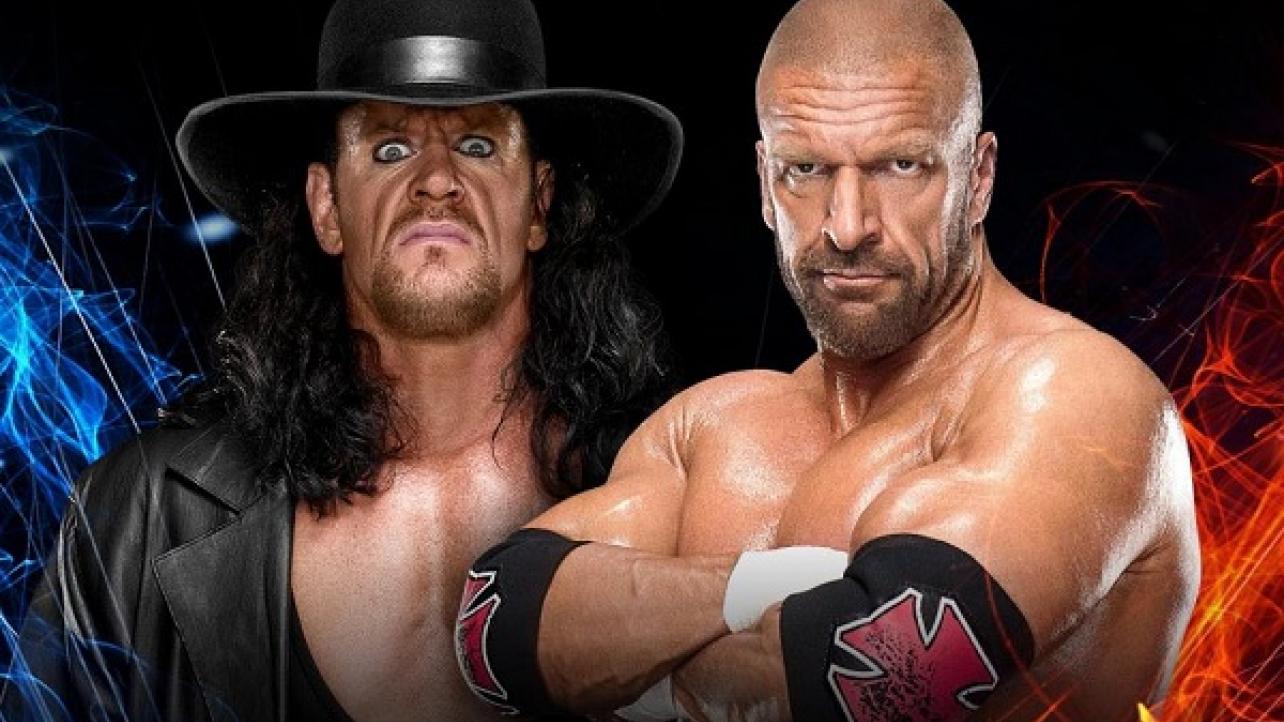 Renee Young Explains Why The Undertaker vs. Triple H Is A “Match For The Ages”

WWE announcer Renee Young recently spoke with the UK’s Express Sport media outlet and discussed Saturday’s WWE Super Show-Down 2018 match between WWE legends Triple H and The Undertaker. Excited to be an announcer for the match, Young referred to Saturday’s scheduled showdown between the two future WWE Hall Of Famers as a “match for the ages.”

“It’s history. This is such a showcase match,” Renee said. “It’s the kind of match that dads can show their kids what they grew up on.”

Young, who recently joined the RAW announce desk in a full-time position, added, “I think it can be such a bonding moment for people that have watched WWE for so many years and now we get to see this again for the last time ever. [It’s a chance] to show the new audience that have never seen Undertaker and Triple H. They might have been able to see some old matches of them on the WWE Network, but to see these two men where they are in their careers — Triple H being the COO [Chief Operating Officer] of WWE [and] The Undertaker, “The Phenom,” stepping back into the ring to face Triple H — it’s gonna be mind-blowing. This is going to be a match for the ages.”

Renee Young also spoke about having the opportunity to add to the history-making showdown in the form of commentary, as she will be calling the bout this Saturday morning live from the Melbourne Cricket Ground in Australia, the site of this weekend’s big event.

“I get to do commentary on a Triple H-Undertaker match – my mind has not even fully absorbed this information yet,” said Young. “To imagine doing some amount of justice to these two icons going at it for the las time ever is monumental to me and my career.”

The WWE broadcast team member continued, “Actually, before I even worked for WWE [I] went to WrestleMania 28 in Miami and got to see Undertaker and Triple H go at it just from a fan perspective. Now, fast-forward to where we are now, that I get to call their match at WWE Super Show-Down is unbelievable.”

Check out the complete Renee Young interview at ExpressSport.co.uk, and make sure to join us here this coming Saturday morning for live play-by-play results coverage of WWE Super Show-Down 2018. The show kicks off at 5am EST. Make sure to be here!

Renee Young Explains Why The Undertaker vs. Triple H Is A “Match For The Ages”