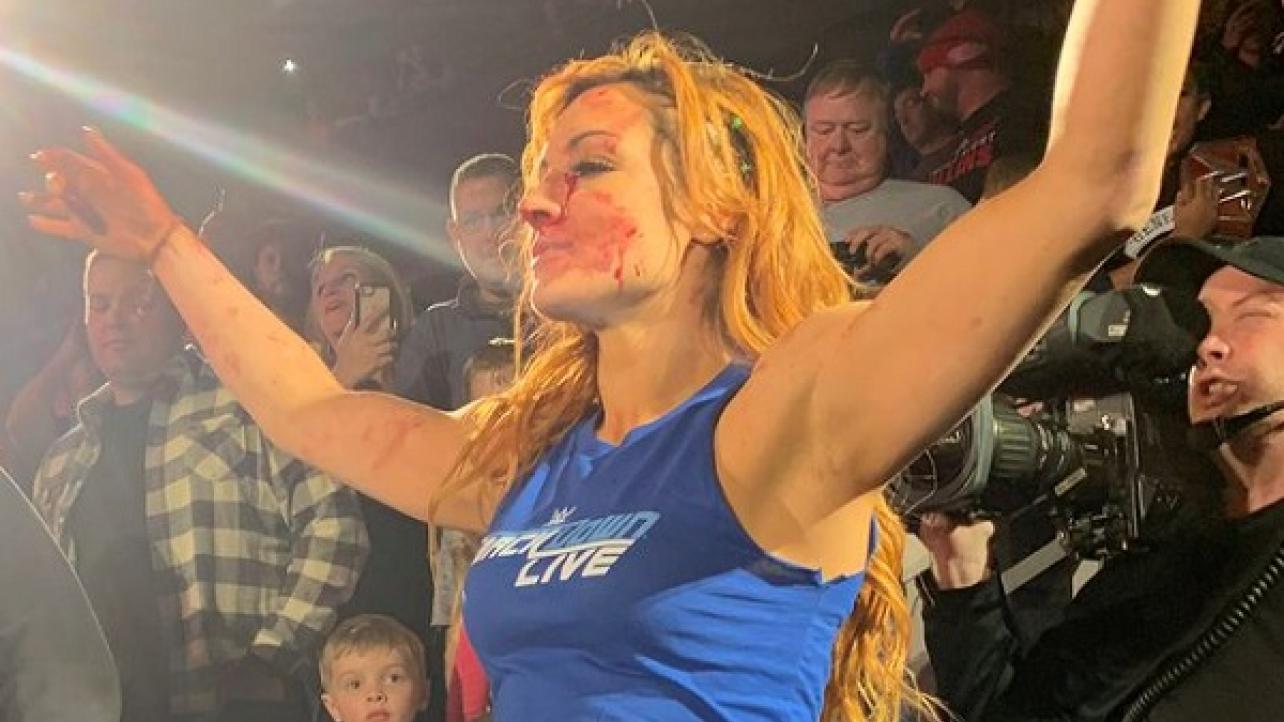 Both Fightful.com and WrestleVotes are reporting that Sunday’s big match between Becky Lynch and Ronda Rousey is off after injuries suffered by Lynch last night on Raw.

Lynch was examined by WWE doctors after Raw and was reportedly found to have a black eye, a concussion and a broken nose and she was not able to travel with the rest of the Smackdown roster to St. Louis – the site of tonight’s show. For those asking who or how Lynch was injured, it is not entirely visible from the camera shots, but the injury was caused by Nia Jax and while initially there was no heat on her backstage, reports suggest that that “sentiment has changed.”

WWE has yet to officially rule out Lynch but that could happen on Smackdown tonight.